Class of ’77 Celebrates 40 Years of Brotherhood

e weekend kicked off with a catered dinner at the Sig house on Friday evening.  The returning brothers and guests had a great opportunity to catch up and enjoy a great meal.  Following dinner a surprise guest showed up in turn-of-the-20th-century attire.  Brother George Ade (aka Steve Sturman) took this opportunity to chastise the Class of ’77 for some of their undergraduate escapades which he recalled observing from his vantage point hanging on the wall in the Library.  It was a fun walk through some of Delta Delta’s mid ‘70’s misdeeds and chapter history.

The evening continued as each member of the Class of ’77 took a few minutes to walk through photos of their youth, family and special memories displayed on a large video monitor.  John Loop worked up to the last minute to include photos sent from almost every member of the class.  Seeing and hearing about the lives of each pledge brother led to some heartwarming reflections.

Sigs and guests enjoying a tour of campus on the Boilermaker Special.

Saturday found the Class of ’77 splitting up into two groups to take hour and a half tours of campus on the Boilermaker Special.  While one group toured, the other waited patiently at Harry’s where they tackled the pressing issues of the day.  The tour highlighted the many changes to the Purdue campus over the past 40 years.  Photo ops were taken at John Purdue’s grave, John Wooden’s statue, Ross Ade Stadium, which was flying the “DEMO” flag in honor of brother Bob DeMoss ’50, and other memorable sites around campus.

Saturday evening the brothers, wives and guests enjoyed dinner at Lafayette’s La Scalla Restaurant.  From formal dining, this group reverted back to form, and crossed the street to Chumley’s where the beer selection was endless and more stories were shared. 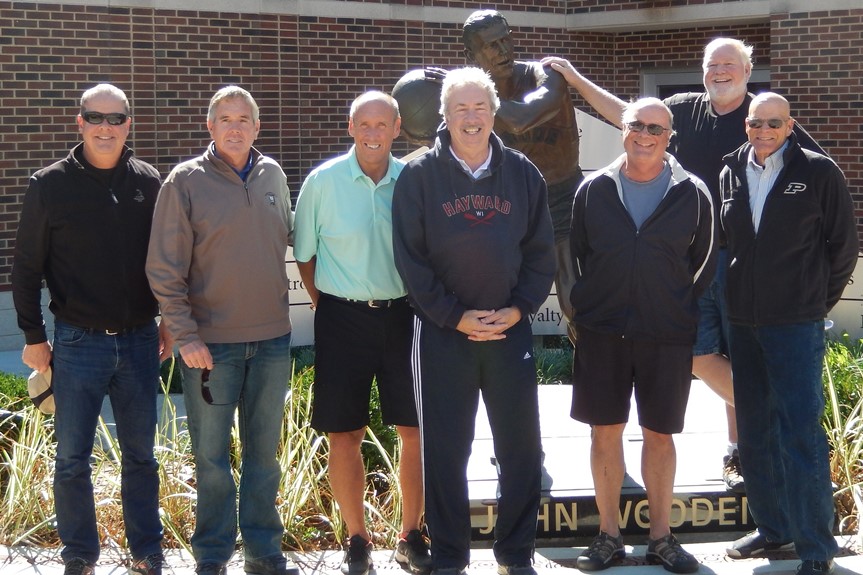 As the brothers separated that evening each left realizing just how special it was to have been selected to be part of Sigma Chi in the Fall of 1973.  Through pledgeship, their days at 202, and now as alumni, their 40 year bond of brotherhood has continued to contribute something extra ordinary to their lives.  Jim Arthur summed it up well when he remarked, “I’m truly honored to know and be affiliated with the best people in the world.”

Tom Schneider followed up with a note stating, “It was a real pleasure spending the weekend with you ALL!  Thanks especially to those of you that came from far away.  If it is any consolation, it was worth it….at least to me!” 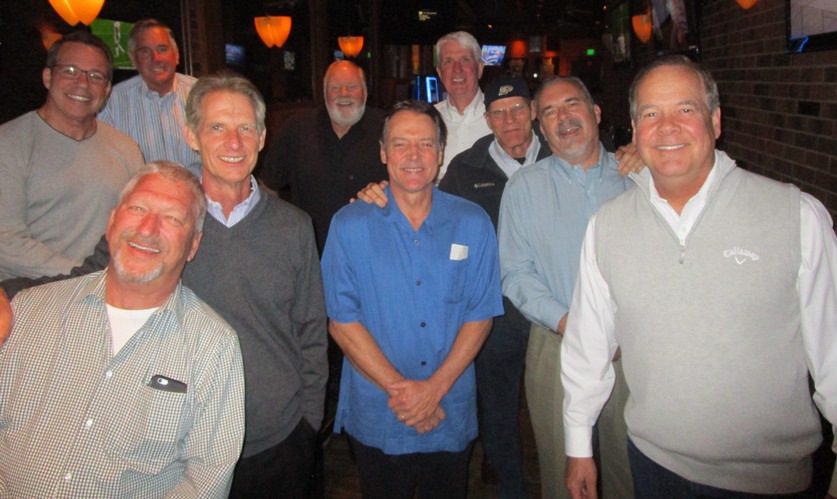