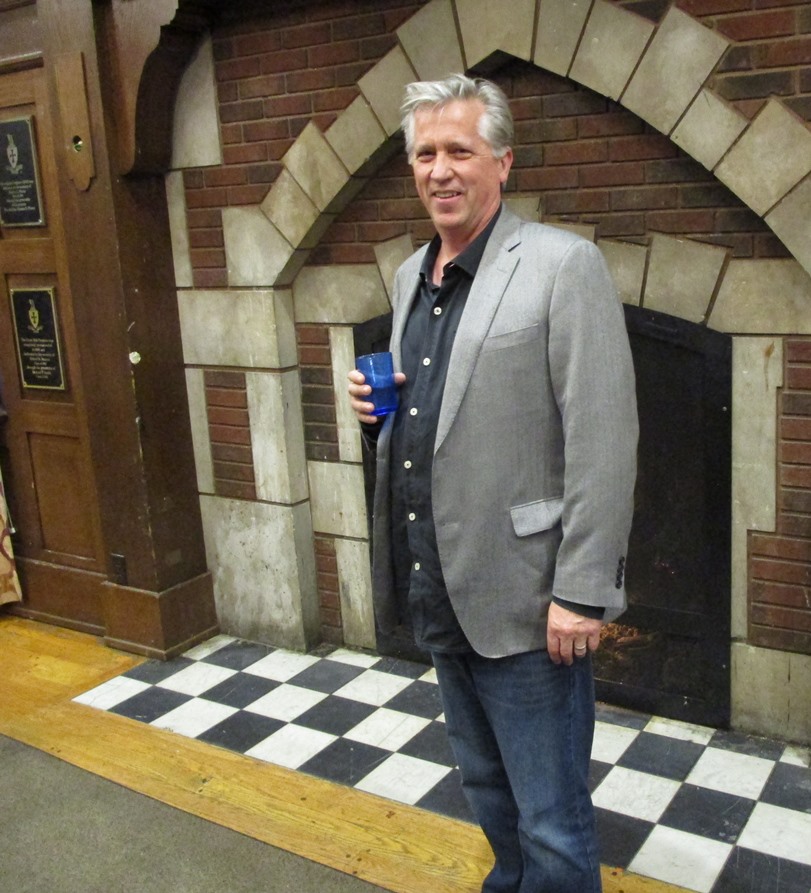 Significant Sig Marc Carlson ‘82 returned to Purdue’s campus and took the opportunity to sit in as the “Old Grad” and conduct a Fireside Chat with the undergraduate brothers.  The brothers gathered in the Great Hall following dinner on Monday, February 12th, and had a chance to hear about Brother Carlson’s professional career and the role Sigma Chi has played in his success.

Marc has held senior level management positions over his career at GMF Robotics (a division of General Motors), Rasna Corp., Ariba, Microposite Corp., and currently at DocuSign.  When Marc joined DocuSign in 2011 the company had 150 employees and a market value of $50M.  As Chief Customer Officer, Marc has been instrumental in helping to grow this business to 2600 employees and $500M in revenue.

Marc spoke about the importance of leveraging the Sigma Chi and Delta Delta networks throughout your career.  He has worked closely with other Sigma Chi’s in several of the business startups he has been part of.  This included working with Keith Krach ‘79 and other Sigs as part of the team that created Ariba which became the fastest growing software company in history with an eventual market cap of $36 billion.

Be Generous with Your Time

Finding networking opportunities through philanthropic involvement was also something Marc recommended.  Being involved in charitable activities outside of work often connects you with others that can help in your career as you are helping others.  Marc also reflected on the importance of finding a wife who shared your values and supported your efforts, as well as you supporting her goals.  Marc and his wife, Jacqueline, who was International Sweetheart from 1989-1991, have worked together to support Alzheimer’s and Parkinson’s research and building care facilities for those with these diseases.

Marc commented, “I love the fireside chat tradition and I remember when Buck Rogers (IBM VP of Sales and Miami Sig) and Significant Sig Bob Friend ΔΔ ’57 coming back to talk when I was in school.  It’s a 100 year old tradition in front of the fireplace…..what an honor!”

Consul Bryce Cirbo ’19 remarked, “The brothers really appreciated Brother Carlson taking the time to return to Delta Delta.  Hearing about his work with other Sigma Chis showed just how important it is to stay connected following graduation.  Overall, it was a great chat!”