Sigs Shave It Off To Support Delta Delta Brother 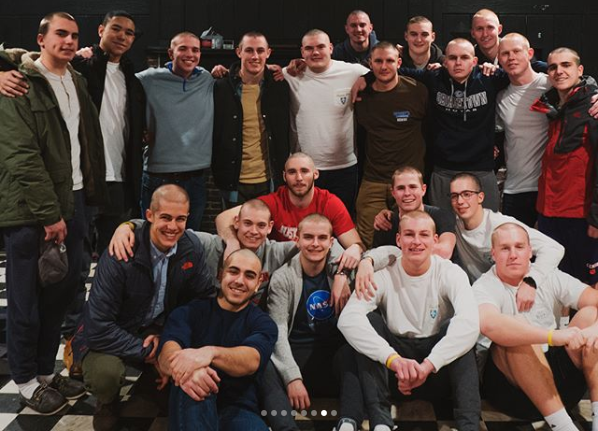 In Support of a Brother 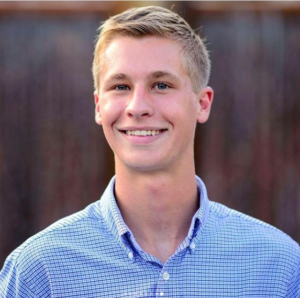 With the help of Faculty Advisor Jim Vruggink and the Assistant Dean of the Honors College Suzanne Coolbaugh we were able to get a shout out to Ben at Mackey Arena during the Minnesota game televised by FS1.  To view this video segment go to Shout Out to Ben.

Derby Days took on a personal meaning to the chapter this year as of the brothers, Ben Harmon ’21, is fighting his own battle with cancer.  Ben was diagnosed with Ewing’s Sarcoma in the Spring of 2016 while in his senior year of high school.  He graduated on time but his freshmen year at Purdue was delayed by a year as he underwent nine months of intense treatment and recovery. After entering into remission in the Spring of 2017, Ben made up for lost time over the summer catching up with friends, spending quality time with family, and gearing up to start his freshmen year at Purdue.

Christopher Grote ’21 let’s his sister Taylor, a DG, shave his head for a good cause.

Ben took part in Rush last fall and became a member of the 2017 pledge class where his positive attitude and leadership quickly made him the leader of the freshmen pledge class.

During a routine checkup towards the end of last semester, Ben’s test results came back positive again for his cancer. Ben was forced to temporarily withdraw from Purdue prior to the start of the Spring semester and is currently living at home in Avon while undergoing chemotherapy at a treatment center in Cincinnati.  We have heard nothing but positive updates and that Ben is responding well to his treatments.

The undergraduates would like to encourage our many alumni brothers to support Derby Days by going to the link  Derby Days Fund Raising  and contribute.  Every donation is appreciated.  We know there are many brothers out there, like Ben Harmon, who are fighting this disease.  Let’s let them know that there are “strong arms around them”.