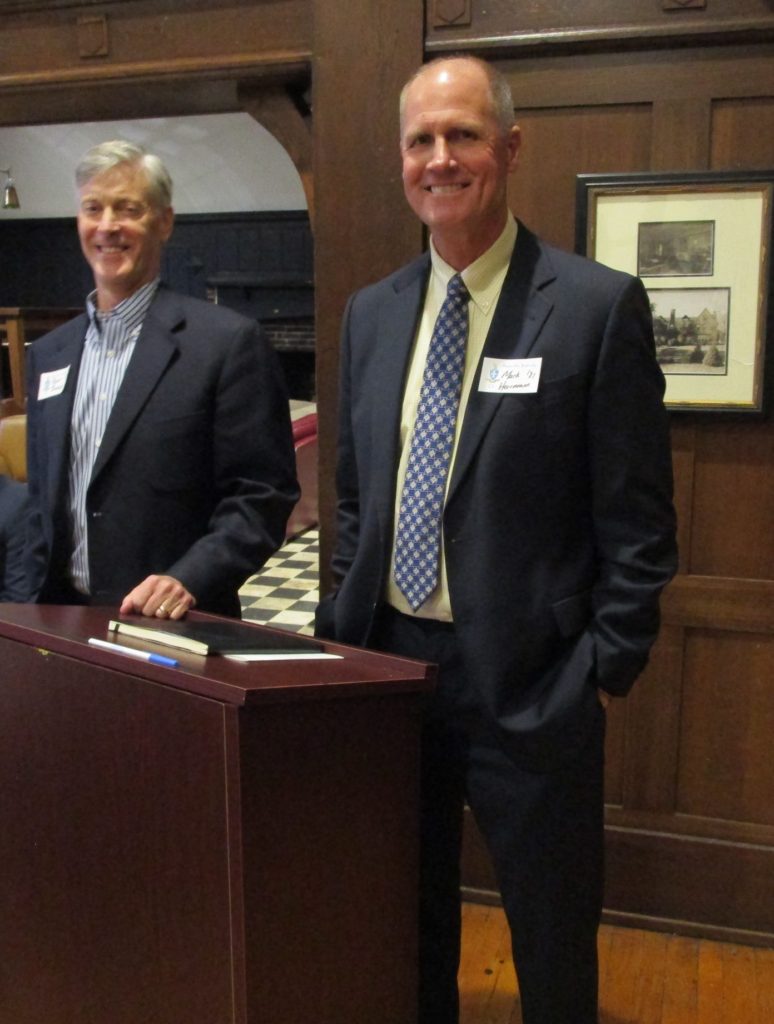 The 27th Annual Brotherhood Dinner held on April 11th at the Delta Delta Chapter House was an “unsurpassed” success.  The 30 alumni and over 60 undergraduates seated in the Great Hall were treated to an excellent meal, great conversation and a chance to hear of the escapades of the famed Carmel Connection.

The laughter resounded throughout the Great Hall as the brothers in attendance listened to the stories told by Mark Herrmann ’81 and Bart Burrell ’81.  They spoke of their memories of growing up together and leading Purdue to four straight bowl games and national recognition on the Purdue gridiron during their playing days.

Both Mark and Bart starred for Carmel High School in football and basketball winning the 1977 Indiana State Basketball Championship.  Bringing their athletic talents to Purdue led to an unprecedented run of bowl game appearances and honors.

In his senior year Mark was named the Big Ten Most Valuable Player and a unanimous All-American while finishing fourth in the Heisman Trophy balloting. He set nine NCAA passing records and was the MVP of three straight bowl games. 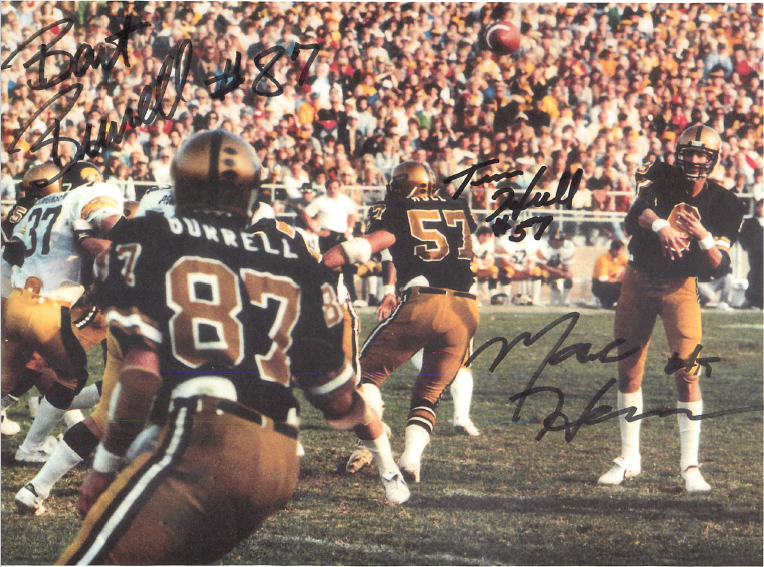 Herrmann to Burrell, the Carmel Connection

Sigs of all eras were in attendance with the Class of ’81 being well represented.  They got updates on chapter and House Corporation activities from Pro Consul Benji Hudson, Mike Andreone and Tom Hall.

Kitchen Steward Mitch LaRowe and the Delta Delta chef provided a great meal, Alumni Relations Chairman Matt Rittman made all the arrangements, and Butch Brose ’09 had the house in top shape.  The hard work by these brothers and others made for a rewarding and fun evening.

One of the special aspects of the Brotherhood Dinner is the inclusion of the Ritual.  For many of the alumni who do not have the opportunity to attend Chapter meetings having a chance to experience the ritual again is very special.  Consul Bryce Cirbo ’19 performed his duties very well.

Make the Effort to Return

For those who attended the Brotherhood Dinner it continues to be a rewarding time to interact with the undergraduates, experience the ritual, and hear from a variety of special guests.  We would encourage those brothers in central Indiana to join us next year for another outstanding event. 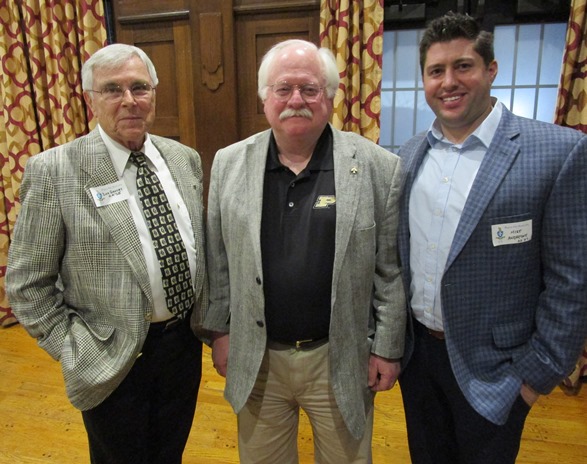 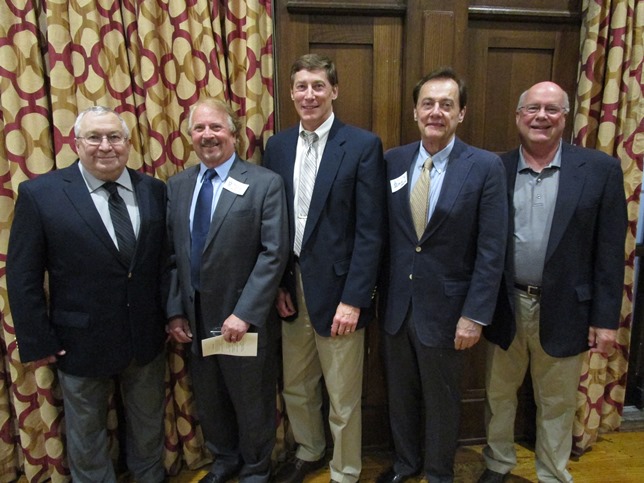 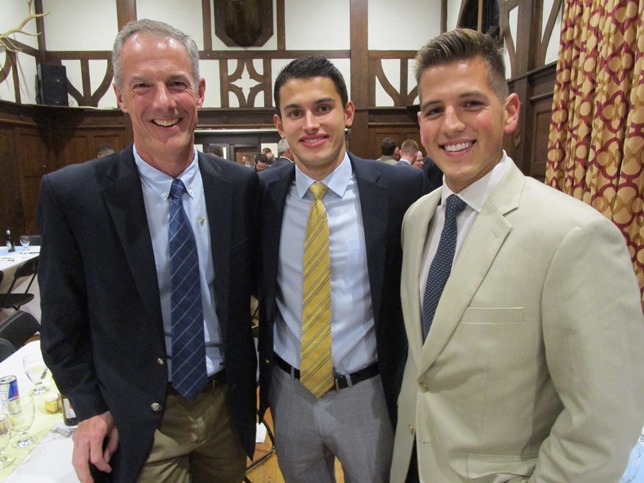 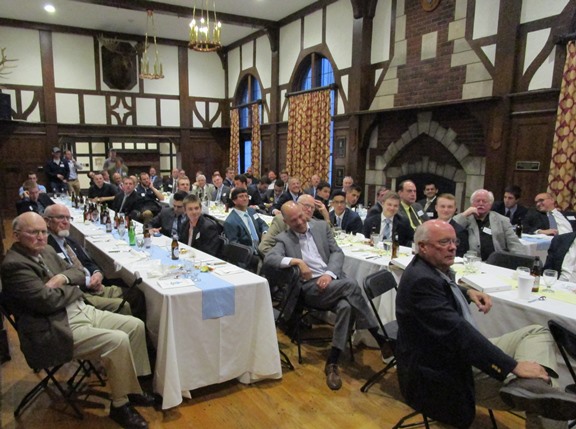 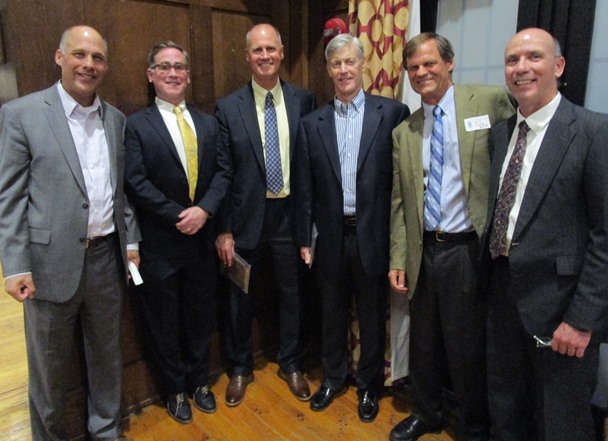 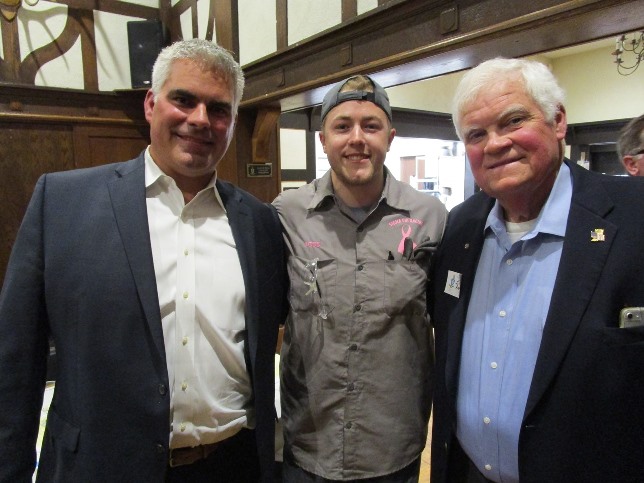