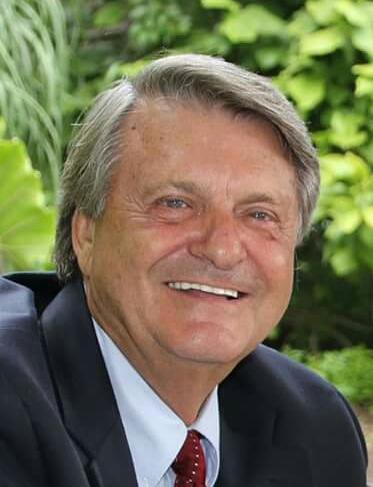 Joe McCabe ‘60 has excelled throughout his life and career in whatever role he has been asked to play.  This spring Brother McCabe was recognized as Delta Delta’s 50th Significant Sig.

While at Purdue Joe was a three year varsity letter winner for the baseball team.  Over the course of Joe’s 81 game career, he played in every inning as a catcher, infielder and outfielder.  Joe was team captain during his senior season and his .423 batting average that year still stands as the highest wooden-bat average in school history.  He was named first-team All-Big Ten with a .438 batting average, NCAA All-District and team MVP for the 1960 season.  For his Purdue accomplishments, Brother McCabe was inducted into Purdue’s Intercollegiate Hall of Fame in 2016.

During the off-season, Joe took flying lessons that helped land him a job in 1966 as a pilot for Pan Am Airlines.  Through his 35 year career with Pan Am and United airlines, he served as captain on 12 different types of aircraft including multiple Boeing models amassing over 30,000 flight hours with 95% of it International.  His long tenure and stellar flying record earned Joe the airline industry’s professional pilot’s Award of Merit for achievements in aviation. Joe was also instrumental in getting the mandatory retirement age for pilots raised from 60 to 65.

Reflections on Becoming a Significant Sig

Joe remarked, “The extreme gratitude, excitement, pride, and appreciation on being honored with this award cannot be expressed in words.  It has just been overwhelming.  Getting the good news from my Magister Bernie Sergesketter and having him pin his Significant Sig lapel pin on me in Naples, FL will forever be a highlight in my life.” 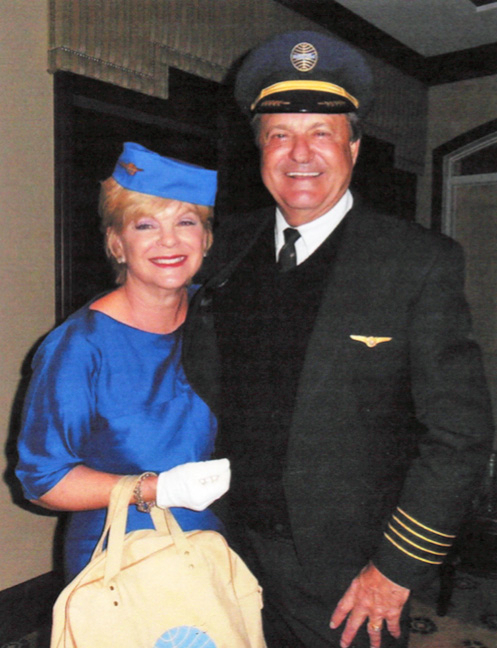 Joe with his wife, Anita.

“The congratulatory emails, calls, and cards from the brothers are truly treasured.  The older one gets, the more pleasure we have in being able to say, “I’m a Sigma Chi”.  It’s a real blessing.  The brotherhood, the values we are taught, college life, and the friendships of my Sigma Chi brothers has been something that I did not know could even exist when I was young.  Today’s pledges, actives, and new alums are in for a wonderful “lifelong adventure”, being able to say that they are a “Sigma Chi”,” reflected Brother McCabe.

Joe’s engaging, friendly nature continues to be a source of inspiration for those he meets and who hold his friendship dear.  Congratulations Brother McCabe on joining the ranks of Delta Delta Significant Sig Award recipients.

P.S.
Joe was the guest speaker at the 2017 Sigma Chi Florida Luncheon.  To get Joe’s thoughts on his baseball and flying careers, take a minute to review the video from the Sig luncheon at https://youtu.be/uMozeLaq4m8.  You can also see Joe’s comments and induction into the Purdue Athletic Hall of Fame at https://www.youtube.com/watch?v=CanyMtMrYUk.