THE CLASS OF 1968 CELEBRATES 50TH REUNION 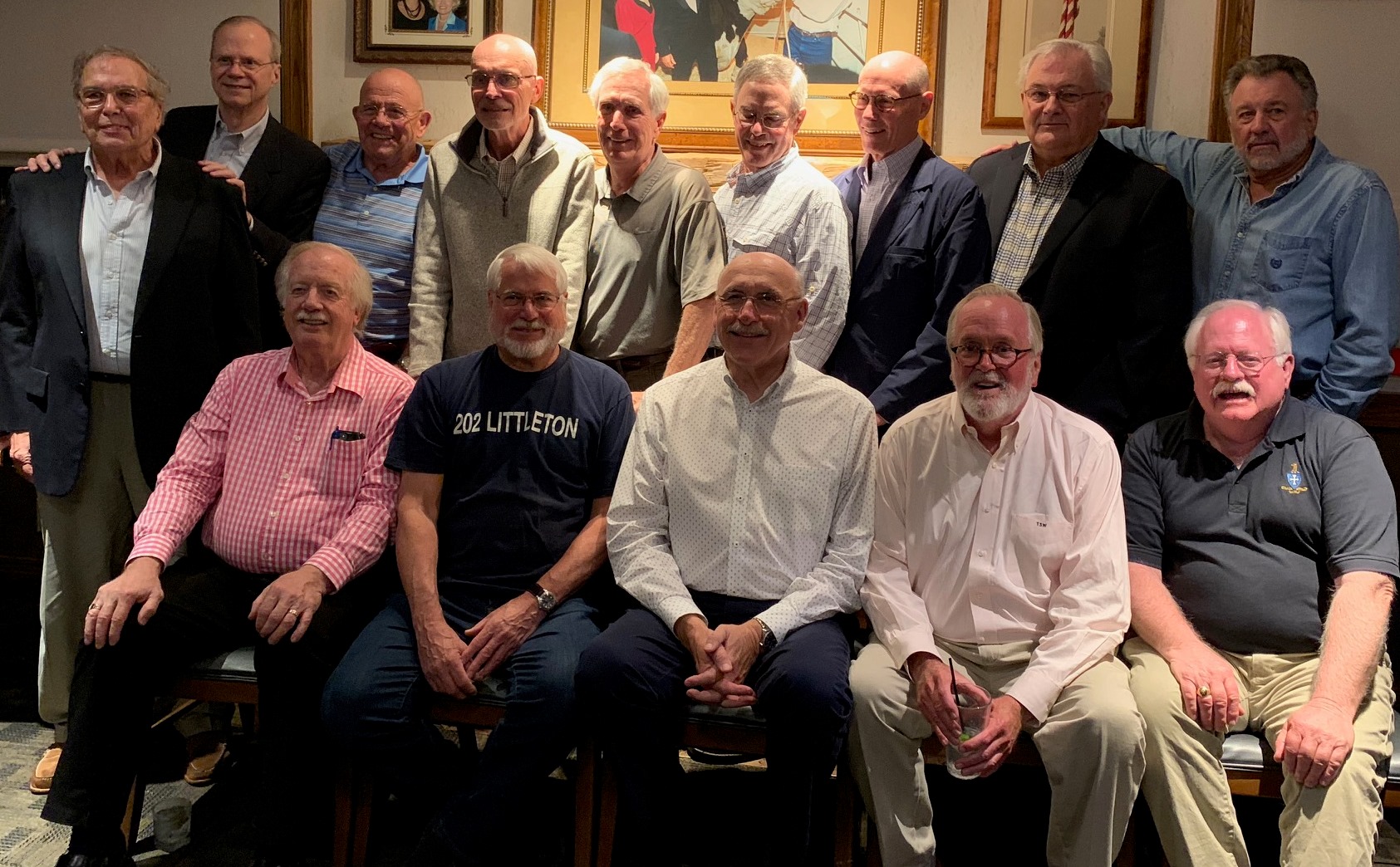 Class of ’68 celebrates 50 Years of Brotherhood

From East (New Hamphire, Virginia, Georgia, and Florida) and West (California and Texas) and the Heartland in between, the Brothers of the Class of 1968 gathered in Brook, IN, at George Ade’s home “Hazelden”, to celebrate 50 years of Brotherhood.  This gathering was the 6th time, starting in 1993, that the Brothers had visited Hazelden to reunite as a class.  But, of course, this time was special – 50 years!!!

During cocktail hours, many of the Brothers and Sweethearts were treated to a tour of Ade’s home, led by Kristine Wright, the librarian in Brook and “docent” of Hazelden.  It was reassuring to learn that someone of her generation and with her knowledge and enthusiasm is committed to seeing that the history and traditions of George Ade and Sigma Chi will continue to be preserved.

Toast to 50 Years of Brotherhood

Dinner was preceded by the Sigma Chi Grace by Jim Chapin and a toast to the Class of ’68 by Bob Kaley.  Bob reminded the class of the day in early spring of 1965, when a group of boys accepted the challenge to start down the trail in search of the White Cross.  He noted that initiation on Halloween, 1965, might have been considered the end of that trail but, in fact, was only the beginning of life-long efforts to live up to the honor and responsibility of wearing the White Cross.

Following dinner and the fellowship over a glass of Kunde Meritage 202 red wine, Tom “Skillet” Leslie (Order of Constantine) regaled the Brothers and Sweethearts with reminders of the “amazing year or 1968”.  When the class entered Purdue in the fall of 1964, we wore Green Beanies to signal our greenness.  (Yes, most of us really wore them, believe it or not!)  We had compulsory ROTC, women’s “hours” in the dorms and sororities, and dress codes for class (women in skirts).  Vietnam expanded from a conflict to a war, and we lived in dread of being drafted, which many of us eventually were.  We traveled to Purdue’s first Rose Bowl in 1967.  And we rocked to the Beatles, the Lovin’ Spoonful, Bob Dylan, and the Animals, whose songs “House of the Rising Sun” and “We Gotta Get Out of this Place” became unofficial class theme songs, sung loudly at every reunion since!  (Fun fact:  In 1966, Robert Collett, then Grand Historian of Sigma Chi, wrote a note congratulating Brothers Chapin and Kaley on reinstituting the publication of Delta Delta Data, now in continuous publication for 52 years!) 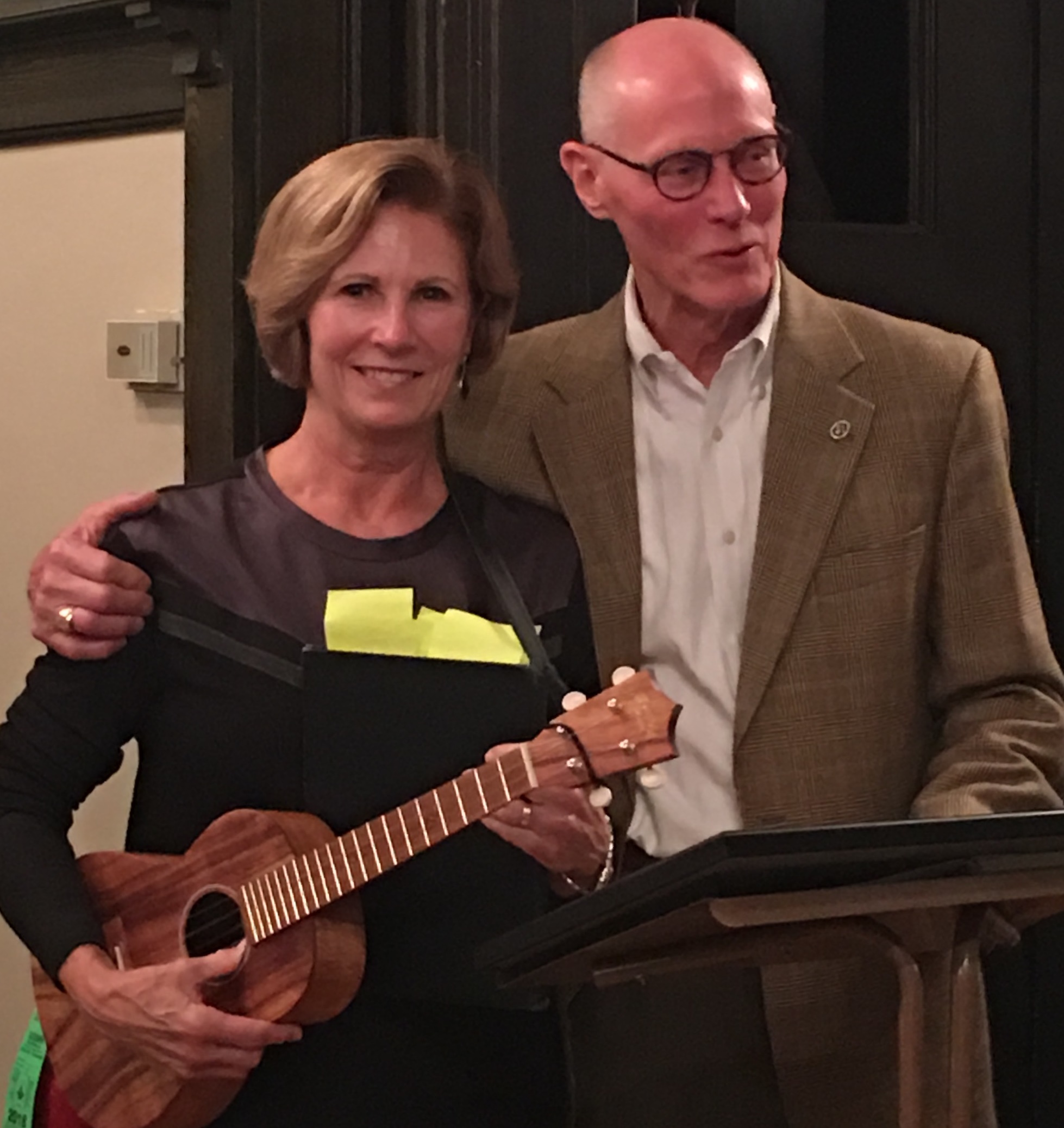 A highlight of the evening was the presentation of the Significant Sig Award to Ken Schutte, in recognition of his achievements in the banking and investment community, as well as his service in the Peace Corps and the U.S. Navy.  Ken retired as Treasurer of Edward Jones Company in 2010.  Since retirement Ken has been an adjunct professor at Lindenwood University and serves on several boards of public and charitable organizations.  Ken is the 5th member of the Class of 1968 to be recognized as a Significant Sig.  (Others are Hank Suerth, Larry McMillan, Stu Stock, and John Cooper.)   Following the traditional presentation of a dozen white roses to Ken’s wife Pat, the award ceremony was capped by the singing of “My Name is Sigma Chi, Sir”, accompanied by Pat Schutte playing the ukulele.

And then it was time for reflections, recollections, and laughter.  Each Brother took a turn at the podium.  Jim Chapin brought laughs, reliving rooming with “slobs”, concluding that he loved every minute of it.  Frank Hughes recalled the “dirty tricks” during Stu Stock’s campaign for Student Body President, highlighted by stealing, abetted by Dave Kelso, Class of ’67, a helium cylinder from the chemistry building for an ill-fated campaign balloon.  In what has become another tradition, Bob Kaley used his time to play “When We Were the New Boys” by Rod Stewart.  (If you haven’t listened to the song, do so; many of the class feel it perfectly captures the spirit of our days at 202 Littleton!)  Bob concluded with the last line of the song, “I learned my lesson and I learned it well, when we were the new boys.”

Stu Stock commented on his observation that the class has grown closer, rather than drifting apart, noting how counterintuitive that seemed.  Mike Campbell spoke of the “remarkable class” and the “remarkable love and respect for all”, noting that it “almost” made him cry.

Endeavored to Retain the Spirit of Youth

The evening closed with the presentation by Bob Kaley of a photo album of the 2015 reunion held to celebrate the class becoming 50-year Sigs and the distribution by Tom Leslie of replica White Crosses in honor of this 2018 reunion.  The bus ride back to West Lafayette rang with “The Sweetheart of Sigma Chi”, “A Sig I Am”, the aforementioned Animals songs, and “Hail Purdue.”

In the spirit of George Ade, the 1968 Class of Delta Delta of Sigma Chi has “endeavored to retain the spirit of youth”, and they have “conducted themselves that they will ever be a credit to our Fraternity.”  And we truly believe “… in all sincerity, that SIGMA CHI has given us favor and distinction” and “that the bond of fellowship is reciprocal.” 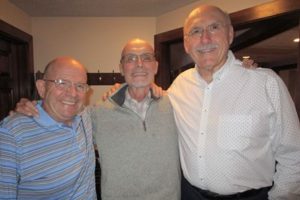 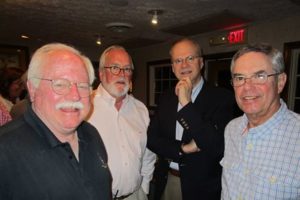 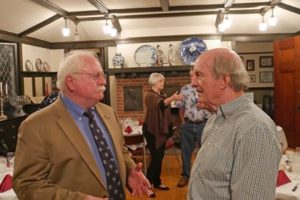 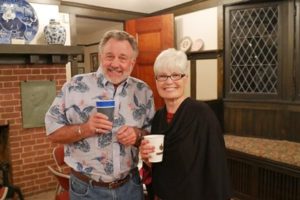 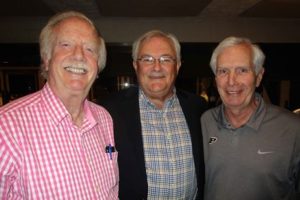 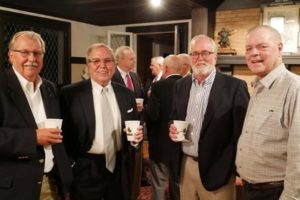 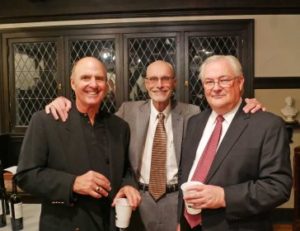 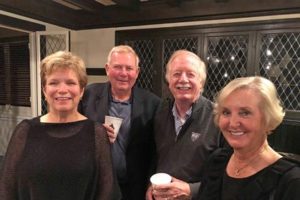 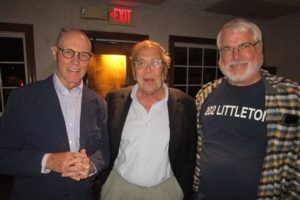 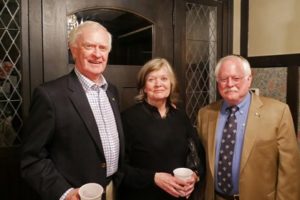 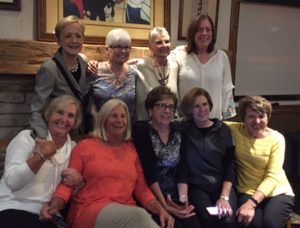 I remember Bill asking me if I played bridge. I thought I was a big shot and said yes. He said come on we need a 4th; I totally embarrassed myself but he taught me how and now I consider myself very good player. Thanks Bill, Sweet Pea.

I remember Bill asking me at a pledge function if I played bridge and I thought that I would be a big shot and said yes. I made a complete fool of myself but he took it upon himself to teach me the basics. I’m now a pretty good player.