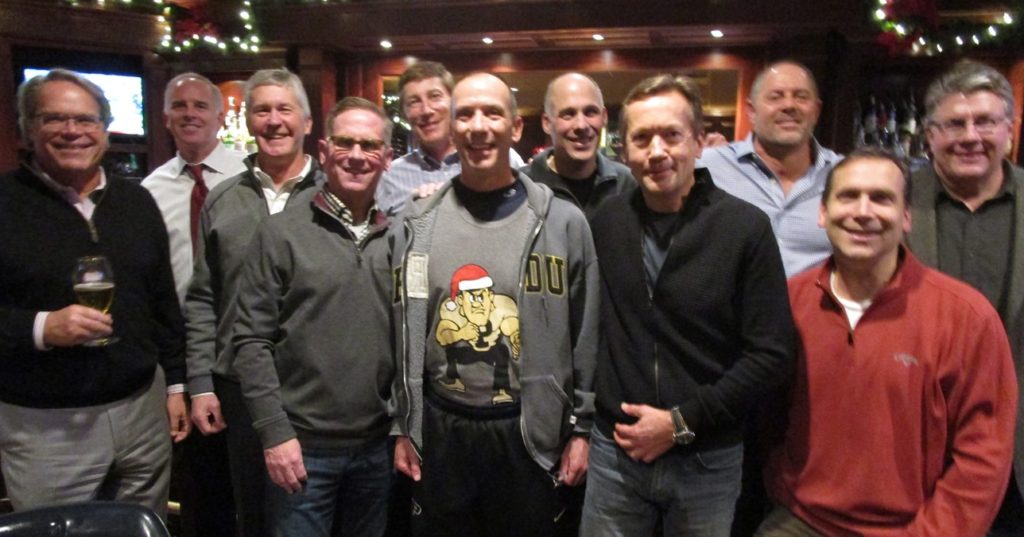 A great contingent of Indianapolis area brothers gathered for Delta Delta’s annual holiday gathering at Daddy Jack’s on December 18th.  As usual the camaraderie was great and it was nice to see brothers of all generations in attendance. 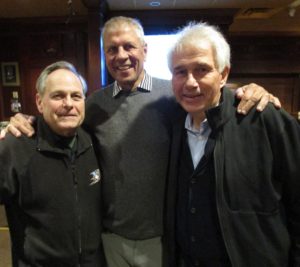 Some of the more special guests were our senior brothers who decided to attend who had not been to this event before.  Larry Nicolet ‘71, David Craig ‘69 and Tom Wheeler ‘64, met and recounted a few stories of days gone past.  They were also able to catch up on what each of them had been up to more recently.

Larry commented, “I loved the event. It was really great to see these old familiar faces.  I don’t think we’ve seen each other for a number of years and hearing what each of us has been up to was really special.  Next year I’ll do my best to get more brothers of my era to come to this get-together.”

The classes of the 1980’s are always well represented and there was a nice contingent from the late ‘70’s.  There were even a few from the ‘90’s. Over the course of the evening over 25 Delta Delta brothers stopped in for a holiday beverage and to wish everyone a Merry Christmas.

Special thanks to Tom Hall ’81 for making the arrangements and to all the brothers who stopped in.  We really hope to have an even bigger crowd next year including brothers from the classes of 2000 and up.

There is nothing better than sharing a little holiday cheer with your Delta Delta brothers of all generations.