Richard “Butch” Ricker ’53 on January 26 was inducted into the Frankfort Hot Dogs Alumni Hall of Fame. This honor recognizes graduates of Frankfort High School who have achieved extraordinary lifetime accomplishments. Brother Ricker is one of eleven chosen for the second class of the Hall of Fame. 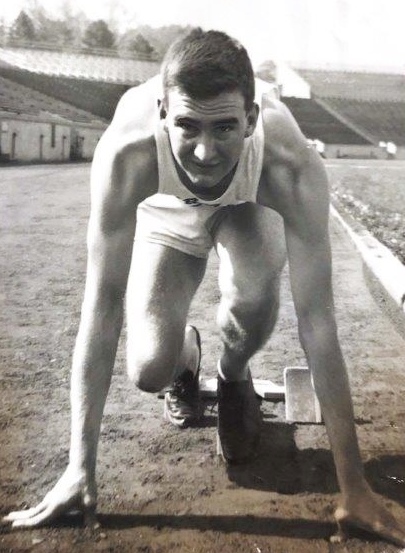 As a Hot Dog, Butch was the IHSAA Track and Field State Champion in the 440 yard dash and he also anchored the 880-yard relay to a 2nd place finish. He still holds the Frankfort High track records in the 100 yard dash and the 880 yard relay.  He had the mile relay record for years, but that was broken in 1971 by a team that included Butch’s son, Dave ’77.

He came back to his Alma Mater to teach Social Studies and World History, coached track, cross country and freshman basketball. In 1961, he was hired as the Frankfort High School Athletic Director a position that he held for 30 years.

During his time as the Frankfort athletic director he never had a year where the athletic department lost money.  He was in charge of the new facilities that included a beautiful basketball complex, swimming pool, baseball fields, new track, football stadium with track, tennis courts, and cross country course.  Girl sports were also added during his tenure.

A Brother and Marine

Brother Ricker earned a track scholarship to Purdue where he graduated with a Master’s Degree in Physical Education.  While at Purdue, he was taken in by the brothers at Delta Delta.  He had many lifelong friends from his fraternity days.  Following graduation he served in the Marine Corps as a 1st Lieutenant. 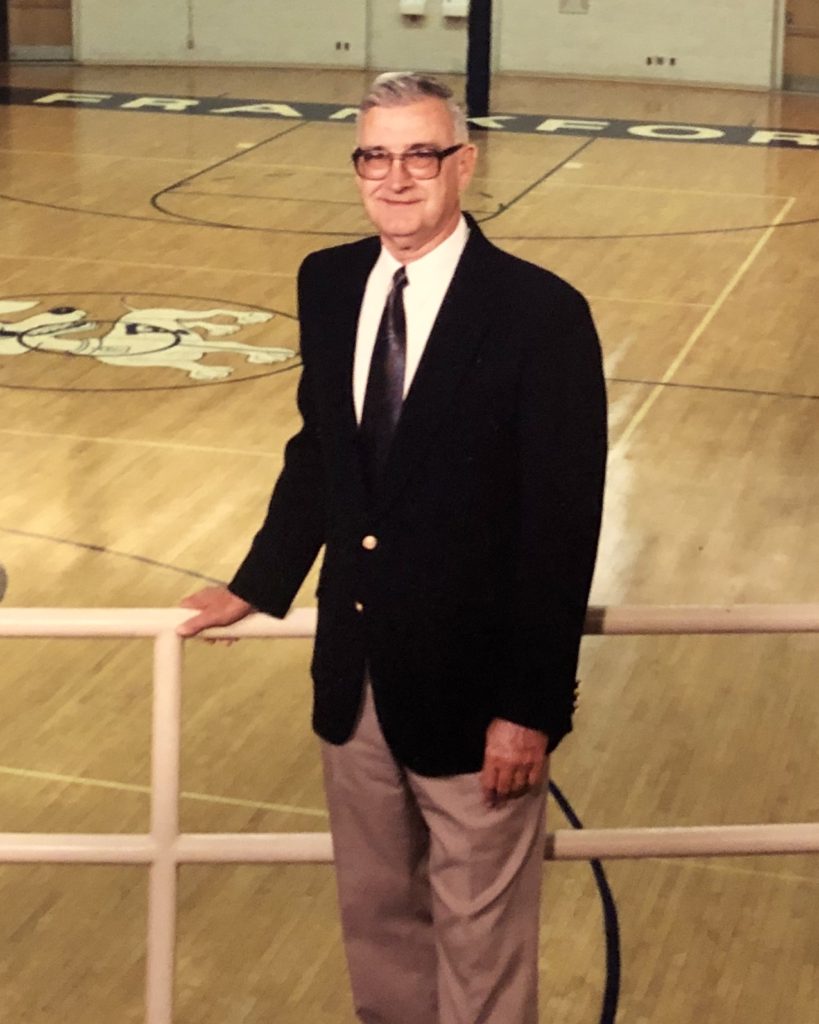 Richard Ricker ’53 member of the Frankfort Alumni Hall of Fame

His son, Dave ’77 stated, “I believe that my father’s (who entered Chapter Eternal in February 2009) most notable trait was that he worked hard to insure athletes had the same opportunity to get an education that he had.  He also believed that high school athletics were just as important as English, Math, and other classes.  You learn to win and lose, you learn to work together, and you learn to take criticism to improve your performance.”

At the presentation Butch’s wife, Shirley (his high school sweetheart and an Alpha Chi Omega from Butler); his son, David ΔΔ ’77 ; and daughter, Jolynne Ricker Whalen (an Alpha Z Delta ’78 from Purdue); attended the ceremony and had a chance to say a few words.  Dave noted, “I ended my remarks with how I thought he would have ended his speech.  I think my Dad would have said…

-Semper Fi
-In Hoc
-Boiler Up
-and proud to be a Hot Dog!