Those Sigs attending this year’s Alumni Golf Outing gather for a photo op before teeing off.

It was great to see so many brothers return for this year’s Alumni Golf Outing.  With almost 80 golfers taking part, it was a great day for some stellar golf and rekindling friendships for the brothers who made the return trip. 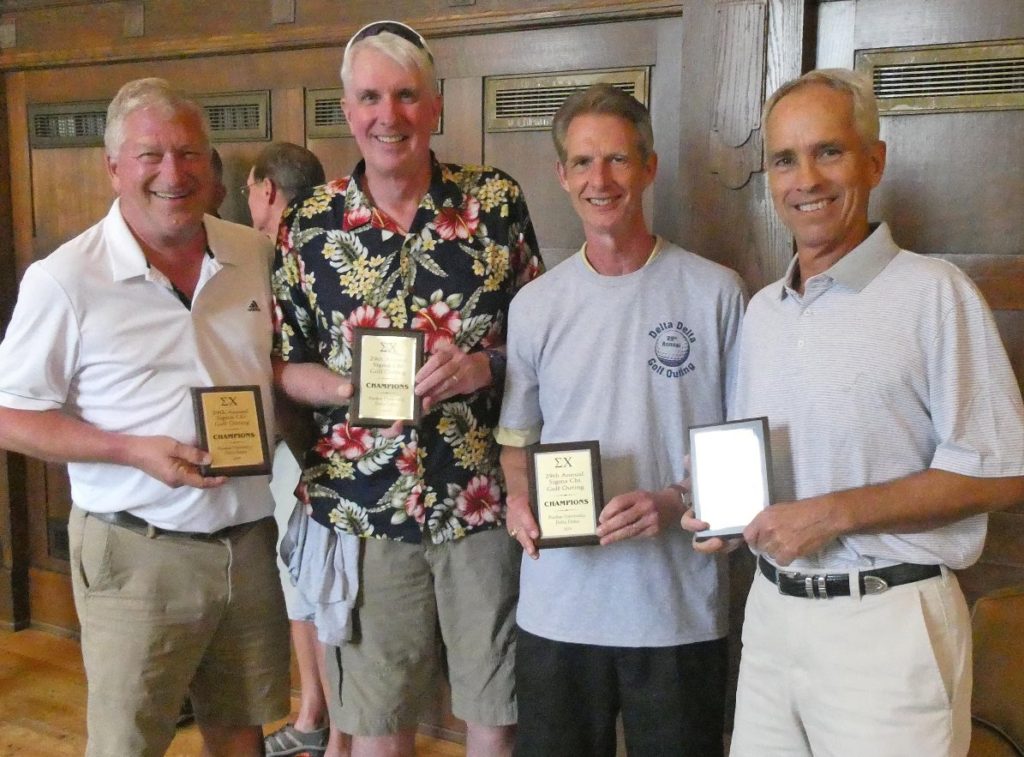 The winning team was determined by a putt off between the Classes of 1977 and 1980. The winning team was comprised of Steve Cosler ’77, Jeff Early ’77, Phil Steele ’77 and Rosco Holloway ’79. Runner’s up were the Class of ‘80’s Jim MacDonald, Mike Spooner, R.L. Berry, and Bob Marks.  Top honors for the Senior division went to the Class of ‘74’s Sandy Burns, Tim Maloney, Phil Haehl and Dave Laitinen.

The classes with strongest participation were from the Class of ’77 with 13 returnees; Class of ’17 with 11 participants; and the Class of ’68 with 9 who returned to 202 Littleton.

With all the rain recently, the course was in excellent shape and the weather for the day of the golf outing couldn’t have been more perfect.  Special thanks go to Brian Griffith, Guenter Haines and Phil Steele for promoting the event and taking care of all the arrangements.  Butch Brose was also instrumental in getting the chapter house ready.

Several of the classes arrived on Friday and took advantage of the extra time to visit with their PB’s as they took in Lafayette’s craft beer scene.  In a few instances the brothers stayed out a little too late and imbibed a little too much.  This may have affected their golf game on Saturday. 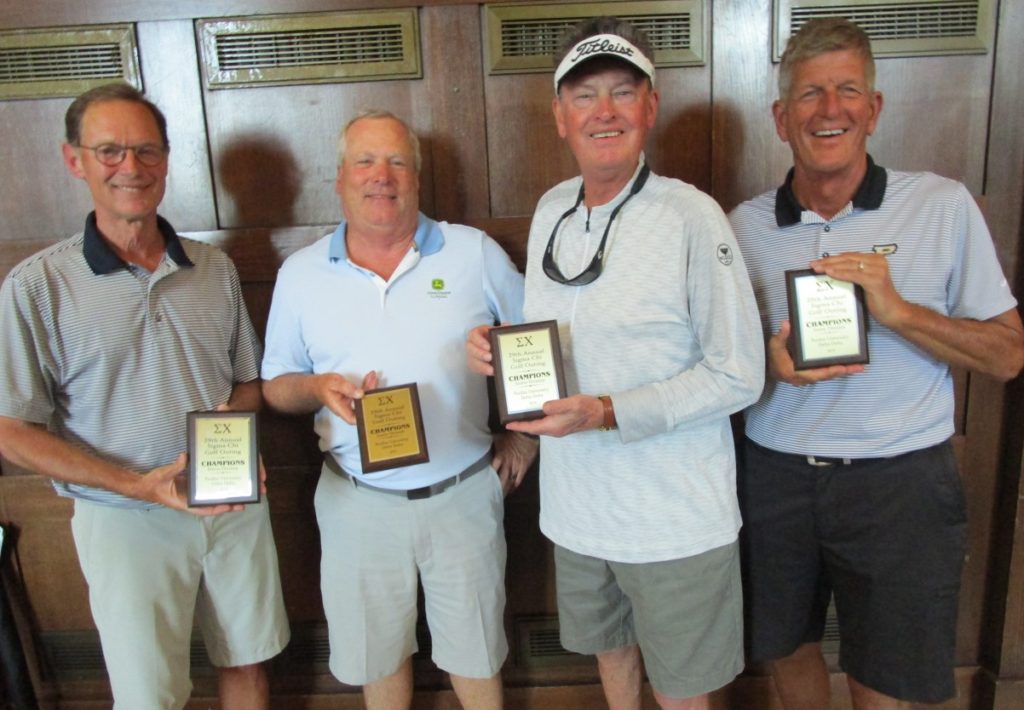 All in all it was a fun and rewarding weekend.  We hope more of you can return for the 30th rendition of this event next year.  We are especially looking for classes to take part from 1990 to 2010.  The more the merrier! 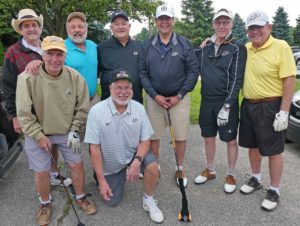 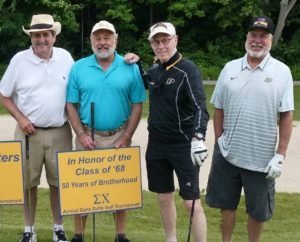 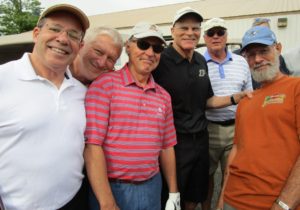 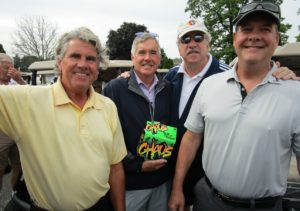 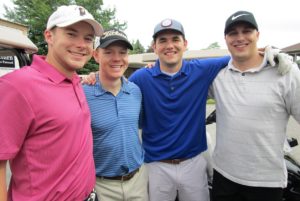 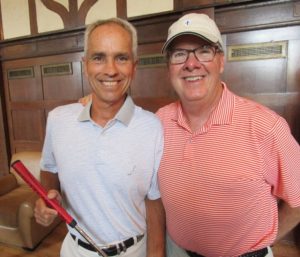 Prior to the putt-off: Steve Cosler (L) and Jim MacDonald. 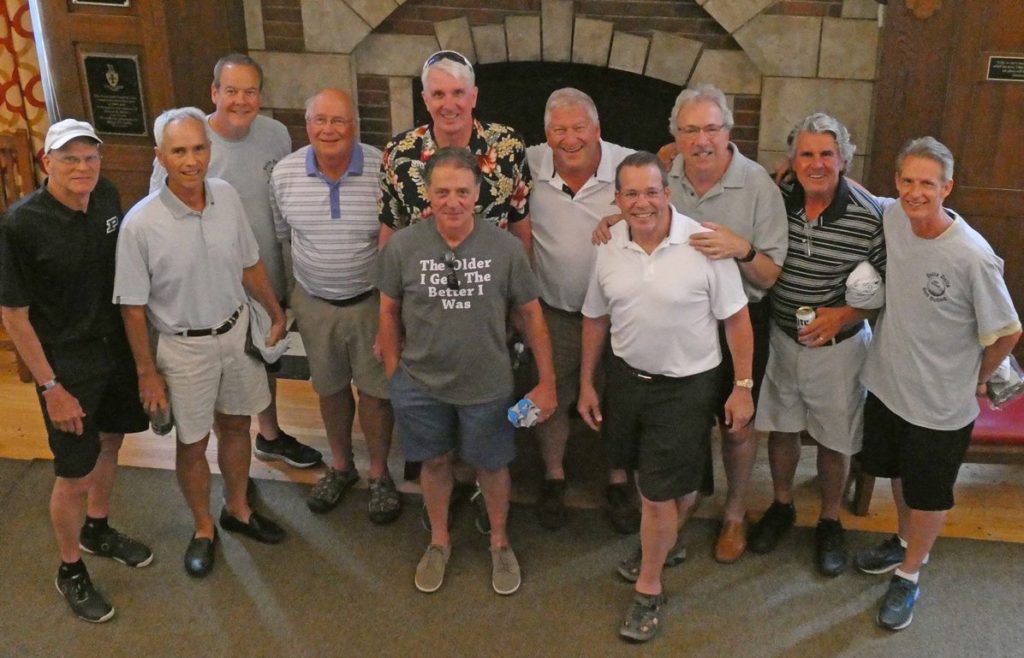