A Diversified and Successful Career 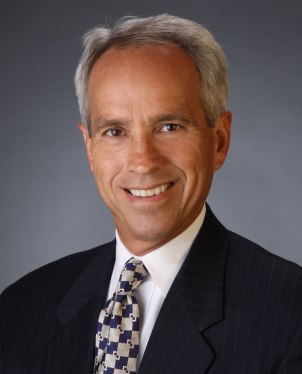 For Steve’s highly successful diversified career he is being honored as a Significant Sig.

Steve is a 1977 graduate of Purdue University with a degree in Industrial Management.  He was also a four year member of the Purdue golf team.

Brother Cosler is an Operating Partner at Water Street Healthcare Partners (founded in 2005), which is one of the industry’s most successful healthcare private equity firms.  During his tenure Steve has served on nine Water Street boards, three times as COB. He also served as lead director for Catamaran–one the most successful public healthcare companies from 2008 – 2015 which was acquired by United Healthcare in 2015.  All told, Steve has served on five public company boards.

Prior to joining Water Street, he was president and chief executive officer of Priority Healthcare Corporation, a Fortune 1000 company that distributed and managed biopharmaceutical therapies. Steve helped lead the company’s successful initial public offering, as well as strategic initiatives that contributed to its robust growth and ultimate sale to Express Scripts.

During Steve’s tenure at Priority Healthcare it was named to Fortune’s “Hot 100” (fastest growing public companies) in 2002; named twice to Fortune’s Most Admired list–healthcare industry; and Steve was a finalist in 2005 for the Ernst & Young Florida “Entrepreneur of the Year” in healthcare.

Steve currently serves as lead directory of Eversmarsend; is a director of EBMS and ELAP Services in Water Street’s portfolio of companies. He also serves on the board of National Retail Properties, Inc., a public REIT (NYSE: NNN).

Among his civic contributions, Steve co-founded Elevate Orlando (2008) and Elevate Indianapolis (2015).  This organization teaches values, leadership and life management skills for the advancement of urban youth. He presently serves as chairman of the board of Elevate Indianapolis.  Steve also served on the Opportunity International board from 2006 – 2012, and currently serves on the boards of LifeNet International and Sagamore Investments, a social impact investment organization.

Steve and his wife, Lynne, reside in Indianapolis.  Steve still plays a mean game of golf along with his other fun activities which include travel and spending time with family (especially his two children) and friends.