Passion for the Community 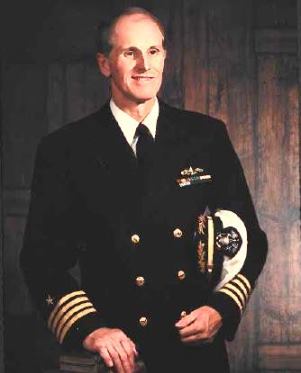 David Mead ’52 turned his passion for the outdoors and the West into a lifetime of business and personal opportunities that left their mark on his community and family.

For his personal and professional achievements, Brother Mead has been honored with the Significant Sig Award.

David Mead obtained a BS degree in Agriculture from Purdue in 1952 and served as Consul for the chapter.  After graduating, Dave attended Navy Officer Candidate School and was stationed in the Pacific near the end of the Korean War, and then at various Navy bases for the next 3 years.  He remained in the Naval Reserves for nearly 40 years and retired as a captain.

A Long and Fruitful Career

Dave started his business career in Twin Falls, ID in 1957 and spent the next 33 years in the banking business for West One Bank, now US Bank.  He also served on the board of directors of the Adventure 16 chain of outdoor stores in southern California started by his brother, Mic ’55, and now run by one of Dave’s sons.  Brother Mead was a founding board member and president of Canyon, Inc., a citizen’s organization in the Magic Valley area of Idaho.  He also contributed his time and energy to many other volunteer Twin Falls and State organizations.

Dave’s passion for his community and state led to his involvement in many civic organizations and his recognition for leading many groups.  Brother Mead was recognized as “A Most Influential Person,” a Distinguished Citizen, the Forest Service 75th anniversary award, and the Lifetime Achievement award by the Twin Falls Chamber of Commerce.  In 2005 he was inducted into the Purdue ROTC Hall of Fame.

Dave and his wife, Marty, have six children and enjoyed mountaineering, hiking, farming and the family cabin in the Sawtooths.

Brother Mead entered Chapter Eternal on June 9, 2016 on his 86th birthday. He is survived by his wife, Marty, and six children.