A number of the Sigs who gathered at the annual Delta Delta Get Together posed for the camera.

Delta Delta Sigs from Tom Jenkins ’64 to CJ Johnson ’17 and all the years in between gathered to spread a little holiday cheer at the annual Delta Delta Holiday Get Together held on December 19 at MacKenzie River Pizza, Grill & Pub.

Over 25 Sigs stopped by to “raise a jolly bumper” to the brothers and to wish them a Merry Christmas.  Catching up was the main topic of conversation as everyone enjoyed hearing what was going on in each other’s lives.  There was also the occasional reminiscing of our days at Delta Delta and inquiring about pledge brothers who were not present.

Plan to Join Us Next Year!

The annual event hosted by the House Corporation gives Indianapolis area Delta Delta Sigs a chance to reconnect and enjoy the spirit of the season.  We’d encourage more of you to attend in the future.  It is always a good time as seen in the photos from the event. 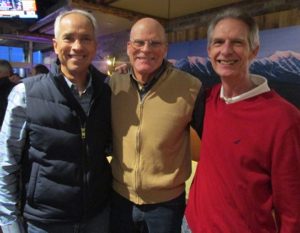 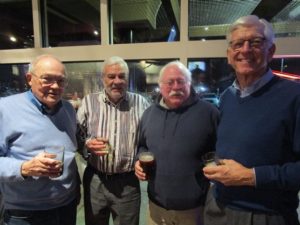 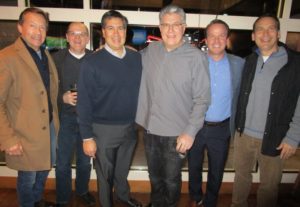 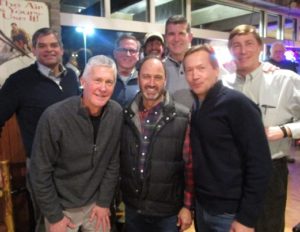 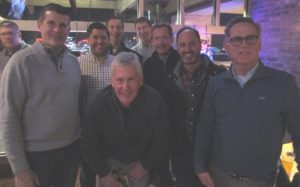