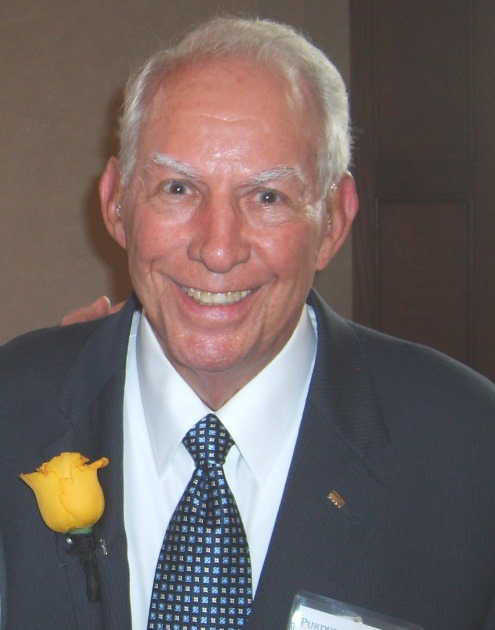 As a member of one of Delta Delta’s most dedicated pledge classes, the Class of ’58, Brother Elsperman was an avid supporter of our chapter.  He took an active, but often low profile role, in some of Delta Delta’s biggest projects including the chapter house renovation and building of the Grand Prix garage. Bob was personally responsible for providing the funding and inspiration behind placing the EX letters on the chimney on the east side of the chapter house.

Recognized as a Significant Sig for his contributions to his industry and the St. Louis community, Bob was also honored by Purdue in 2014 with the Civil Engineering Alumni Achievement Award.

A fellow Civil Engineering graduate, Significant Sig Harold Force ’73, remarked, “We lost an incredible Delta Delta of Sigma Chi brother recently.  In addition to his many Purdue and industry distinctions, Brother Elsperman was a member of the “Gang of Four” who helped to initiate the efforts to restore and enhance our beloved home at 202 Littleton.  Bob also conceived of and funded the installation of the Greek letters on the River Road side of the House, announcing to all that Sigma Chi was the fraternity of choice at Purdue.  Bob was an ever present figure at Purdue Civil Engineering functions, and exuded a sense of command and class that would be the envy of everyone.” 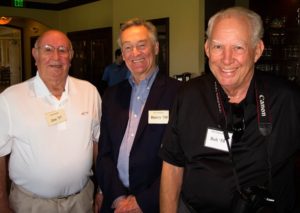 Bob married his lifetime sweetheart D’Arcy in 1960. Together they raised their family and contributed significantly to the St. Louis community.  Their daughter, Tracy Hart, took over as president of the Tarlton Corp. and their son, Dirk Elsperman, became chief operating officer both in 1999.

Memorials honoring Robert Pauly Elsperman can be made to the Sigma Chi Foundation to Delta Delta – Account 4035.

To view a video tribute to Brother Elsperman by his pledge brothers please go to Pauly Remembered.

All honor to his name. 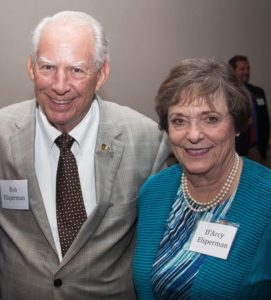