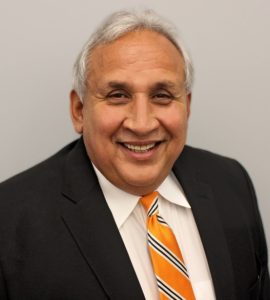 Before all the turmoil and eventual closing of Purdue’s campus the 2019 Old Masters program was held in November.  Tom Morales ’75 was one of 10 Old Masters selected to be part of this long standing and highly popular university program.

Managed and organized by students this program brings some of Purdue’s most successful alumni in different professional disciplines back to campus to meet and interact with the student body.

Finding a Way to Honor His Heritage

Tom recently retired as the CEO and Co-Founder of Morales Group, Inc, a company serving as a bridge between the Indianapolis business community and the region’s growing Hispanic population. Since its founding in 2003, Morales Group has become one of the fastest growing Hispanic owned businesses in America, an INC 5000 firm, and one of the Nation’s top 100 Hispanic Businesses. Tom recently received an Honorary Doctorate degree from Marion University and was inducted into Indiana’s Business Hall of Fame.

Prior to starting Morales Group, Tom gained management experience working with Proctor and Gamble, Union Carbide, and Donaldson Corporation. Passionate about his community, Morales has served on the boards of Elevate Indy, YWAM, IU Cancer Center, Immigrant Welcome Center, The Boy Scouts (Crossroads of America), and the St. Francis Foundation. Morales was also appointed by Gov. Daniels as a commissioner of the State Student Assistance Commission. 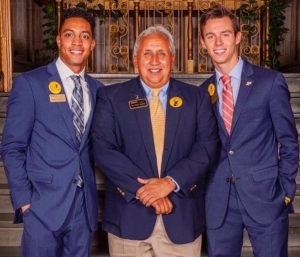 Connecting with the Students and Sigs

As a member of this distinguished group of Old Masters, Tom took part in panel discussions; visited various classes; ate every meal over the 2 ½ day program with students; and held a Fireside Chat at the Sigma Chi house for 75 brothers and other guests. Tom spoke about how important his Sigma Chi experience was to him and how his days at Delta Delta made a significant impact on his life.

Tom was hosted by several students, two of which were Sigma Chi’s, Wes Middleton ’20 and Jimmy Wiltzius ’20.  Wes remarked, “It was a pleasure being able to host Tom for the Old Masters program. He had so many amazing stories to tell about his time at Purdue, awesome memories from his time in the house, and he had great advice to offer for the undergraduate brothers.”

An Honor to Take Part

Tom stated that the schedule and enthusiasm of the students worn him out, but that he left campus encouraged by the commitment and purpose the Purdue students demonstrated for their futures.  He concluded by saying, “It was an honor to take part in this program and I appreciated the amount of effort the students put into making it such a rewarding experience.”