Pledge Classes are Zooming Together

With the annual Brotherhood Dinner and Alumni Golf Outing canceled this year many pledge classes lost the opportunity to meet face to face and reconnect.  But for several classes Zoom meetings have allowed brothers to connect and keep in touch.

Bernie Sergesketter ’58 stated that his class is holding a Zoom call once a month and 7-8 members of his class are taking part.  He noted how nice it was to see how his PB’s were doing and to catch up on their current activities.  Bernie commented that after a couple of sessions covering just general news and events, his group decided to start having two brothers take the time each month to talk about their life stories.  “What we learned about the lives of those brothers who are now in their 80’s was fascinating,” Bernie remarked.  “We now have a number of our classmates who have signed up to present their life stories over the next couple of months.” 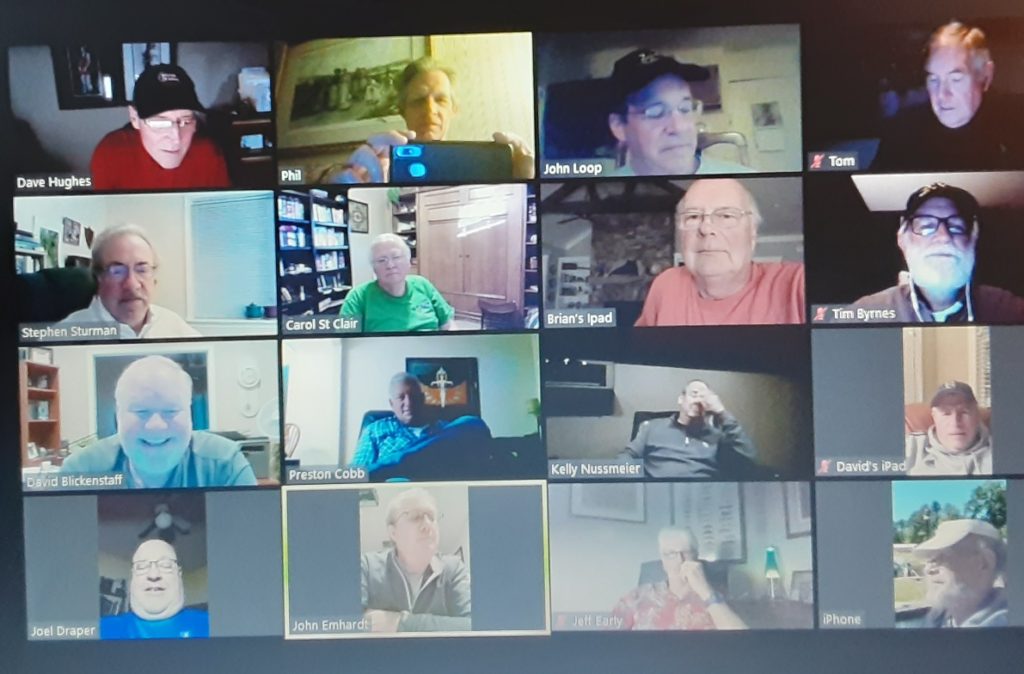 The Class of ’77 using Zoom to stay in touch.

Who Are Those Old(er) Guys?

The Class of ’77 has also jumped on the Zoom bandwagon and held three calls over the past eight weeks.  Organized by pledge class president Dave Hughes and facilitated by Jeff Early, this class has had as many as 16 or 17 brothers on a call. Getting to see the smiling faces of some of the brothers who have not been back for reunions has been wonderful.  It’s just too bad they are all getting to look so much older.  (Editor’s note: This writer is a member of this class.)

It has been fun hearing about how this group is getting through the pandemic as well as the ability to support each other in difficult times.  Each member of the Class of ’77 is also sending a couple of family photos to one brother to be compiled into a slide presentation that can be enjoyed by all.

Let Us Hear Your Zoom Story

Other pledge classes are organizing their own calls and it would be great to hear how these electronic reunions are going.  We are fortunate to have the capability to stay in touch and continue to share our brotherhood together, even if we have to sit in front of a computer to do it.