Brother Hines ’46 recognized as a member of the Sigma Chi Hall of Fame.

Significant Sig Gerald D. Hines ’46, one of Delta Delta’s most supportive benefactors, entered Chapter Eternal on August 23 at the age of 95.  Brother Hines was also inducted into the Sigma Chi Hall of Fame at the Fraternity’s 150th celebration in 2005. Gerald was often the quiet inspiration behind Sigma Chi reunions of his fellow Greatest Generation alumni brothers, as well as a major contributor to Delta Delta renovation campaigns in 1988 and 2007.  The dining room in the Sig house is named in his honor.

Gerald, who grew up in Gary, IN, commented at the last Greatest Generation reunion held in Chicago in 2016, “That through my Purdue and Sigma Chi experience I learned interpersonal skills that helped me throughout my life. Coming back after the war and seeing the brothers and the bonds of friendship that we developed has been a significant part of my life.”

After serving as a lieutenant in the U.S. Army Corps of Engineers stationed in Fort Lewis, Washington between 1943 and 1946, Gerald graduated with a degree in mechanical engineering from Purdue in 1948. Gerald took his first job in Houston.  Starting out, he lived with several Delta Delta brothers at the YMCA. 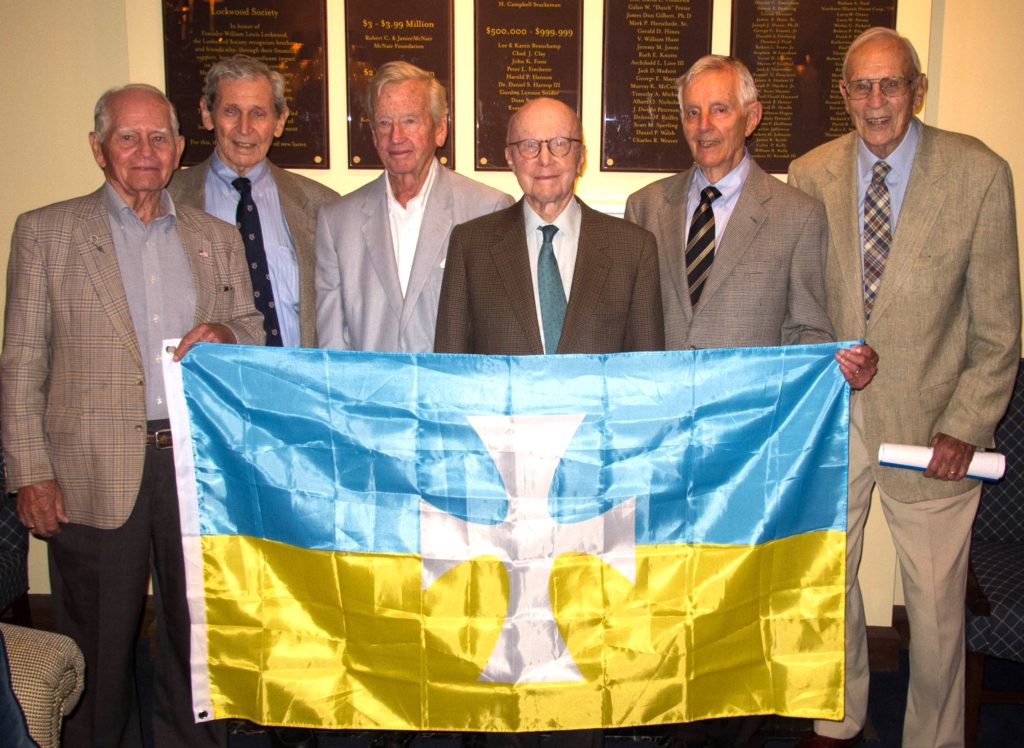 Brother Hines was founder and chairman of the international real estate firm Hines. Widely regarded as a leading visionary in the commercial real estate industry, Gerald founded his namesake firm in Houston in 1957. Hines developed more than 907 projects, including more than 100 buildings over 25 stories, and the tallest office towers in Texas, San Francisco and Italy. Some of Hines’ most notable developments include Pennzoil Place in Houston; the ‘Lipstick Building’ in Manhattan; Salesforce Tower in San Francisco; Tour EDF in Paris; and Diagonal Mar in Barcelona. Hines today is active in 225 cities in 25 countries with more than 4,800 employees.

Paul Goldberger, noted architectural critic writing for The New York Times, commented, “For me, architecture will be Gerald Hines’ greatest legacy, since few people have done as much as he has to make architecture a truly public, and genuinely popular, art in our time.”

One of over 100 buildings of 25 stories or more built by Hines.

An avid outdoorsman and adventurer, Hines was known among family members, friends and colleagues for leading spirited climbing expeditions, backcountry ski trips and cycling trips around the world. He was a passionate skier and developed the Aspen Highlands ski area as a co-owner of the Aspen Ski Company, skiing into his 90s. With his wife Barbara, he sailed around the world on the Lady B, a sailboat he designed. Following a diagnosis of advanced heart disease in his fifties, he became a pioneering champion of a plant-based diet and exercise.

All Honor to His Name

Gerald will be remembered as a modest man with a big heart who touched many lives with his signature humility, generosity, humor and grace.  Mike Church, Executive Director of Sigma Chi Fraternity, stated, “I was privileged to have met Brother Hines once. He was a proud Sigma Chi all his life and we are all better for his having lived and brought new luster to the White Cross. All Honor to His Name!”

Brother Hines is survived by his sweetheart Barbara, his four children, 15 grandchildren, 13 nieces and nephews and one great-grandson.