Selecting a Pledge Class During the COVID 19 Pandemic 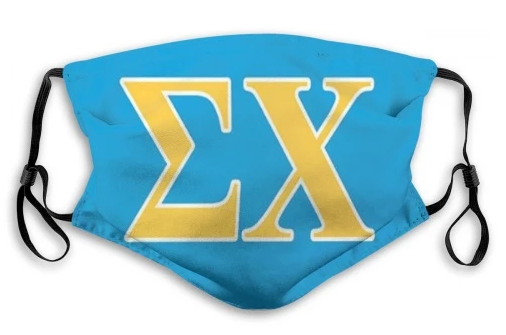 Rush chairmen Luke Diener ’20 commented, “Overall rush this year was difficult.  There was a lot of uncertainty about how things would work out and we had to depend on fewer brothers knowing a candidate before offering a bid. In typical years to receive a bid a candidate had to meet 80% of the brothers.  This year this just wasn’t possible.”

With almost 350 freshmen indicating an interest in seeing Delta Delta, Rush Chairmen Luke Diener, Chad Ransburg and Cray Cordero put together a plan that would select the Class of 2024.

Rush typically kicks off with the Summer Rush event held in Indianapolis in July.  This is a good opportunity to have incoming freshmen who have been recommended by alumni to meet several brothers and begin the process of learning more about fraternity life.  This year 15 incoming students and 20 Sigs attended the event held in Carmel, IN.

Once the students returned to campus any young man interested in rushing Sigma Chi filled out an online form which the chapter received.  To review all these candidates in a 3 ½ week time frame a rush committee of 55 brothers split into groups of 2 to 3 were given the task to contact and meet via Zoom each of these prospects.  The next step was to have 2-3 brothers with similar interests, majors, etc. hold another Zoom session with the rushee.  Stronger prospects were invited to visit and get a tour of the chapter house.

To Receive a Bid

To be called up in a bid session a rushee had to have been recommended by a minimum of 10 brothers and then interviewed by the three rush chairmen and Consul David Kratzman.  During the house bid sessions decisions were made as to who would receive a bid.  In total 33 bids were given with 31   accepted.

Rush chairman Luke Diener noted that half of the new class were from out of state, with 12 members of the class in first year engineering indicating a strong academic class.  Luke remarked, “This class has the attributes to contribute to Delta Delta, but because each rushee had less contact with all the brothers, it will be our job to make sure this class understands the expectations of being a member of this fraternity and chapter.”

“Overall all we had our challenges, but with the high participation and energy of the brothers, and each willing to trust in the judgement of others, we pulled it off,” concluded Luke.