Brennan Thieneman ’20, the younger brother of Jacob Thieneman ’18, has continued the family tradition of playing strong safety for the Purdue football team.  Brennan took over Jacob’s starting position for the final three games of the 2017 season when Jacob was injured and has been a starter ever since.

Like his brother, Brennan was a preferred walk-on from Guerin Catholic High School in Indianapolis, who through hard work and determination, has earned a scholarship and starting role on the Boilermaker football team.

His freshman year (2016), Brennan, like most walk-ons, was on the scout team.  When Coach Brohm was hired in 2017 his new coaching staff gave Brennan an opportunity to prove what he could do. During training camp going into his redshirt freshman season (2017), he showed some good things at safety which led to him earning a spot on the punt return team.  Throughout the season he earned more and more playing time on special teams finishing the season playing on all four special teams.

Brennan’s sophomore season (2018) he played on special teams and rotated frequently at safety, which allowed him to play alongside his brother. When Jacob injured his shoulder, Brennan started the last three games of the 2018 season at strong safety. At this point Brennan was given a scholarship for his junior season (2019) when he earned the starting strong safety position. He has started at strong safety throughout the 2019 and 2020 seasons.

When asked about what has been the biggest highlight of his career so far, Brennan doesn’t talk about a big game, or winning the Bucket, but says, “The biggest highlight of my football career was playing side by side with my brother. We were the two safeties in high school his senior year and my sophomore year and doing the same thing in college on the big stage was really cool.” Jake continues to be very supportive of Brennan during his football career. Brennan says they talk before and after most games, and he gives Brennan honest feedback about his play.

Brennan explains how dealing with the coronavirus has impacted the 2020 football season. “This season has been very different than any other season. We had Spring Football canceled halfway through; had the season canceled after only a few practices into training camp; and then the season was finally back on but shortened to just eight games.  All players must wear masks inside the football facility when we aren’t practicing/lifting and we are tested for COVID about every day. It is different not having the stadiums filled on game day, but after the first snap I normally block out the crowd anyway so a lot of times I don’t even notice. Although there are several things different with this season, when we hit the field playing football feels like it always has.” 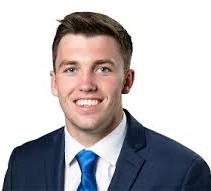 Brennan commented on how his Delta Delta brothers have supported his football career at Purdue.  “As a walk-on the journey can often times be very difficult,” states Brennan, “But my Sig brothers have been there to uplift me and keep me motivated. They cheer for me at all of the games, we celebrate together at Sigma Chi after big wins, and they offer support when times were hard.”

Following this season Brennan plans to try to play in the NFL.  Whenever his football career comes to an end, he will use his construction engineering degree and get a job working for a general contractor.

Brennan, we wish you the very best.  Go Boilers!