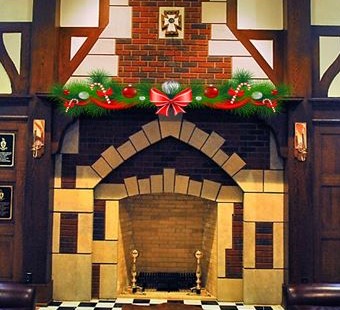 For some it almost seemed like we were sitting around the fireplace in the Great Hall sharing some holiday cheer. The stories, the memories, the brotherhood were all evident at Delta Delta’s first virtual Holiday Get-Together held over Zoom on December 17, 2020.

2020 was a year filled with many challenges for our alumni and undergraduate brothers.  One such challenge was how did we continue the tradition of hosting an annual Holiday Gathering for Delta Delta brothers who primarily lived around Indianapolis.

With Zoom meetings familiar to so many, the House Corporation quickly decided to host a Zoom Holiday Get Together, not just for Indianapolis area Sigs, but for Delta Delta brothers everywhere.  What an unexpected success.  Almost 30 brothers took part spanning 74 years from the Classes of 1949 to 2023. Brothers logged in from their living rooms in South Carolina, Florida, and Hawaii to share in the camaraderie and exchange holiday greetings.

The theme of the evening was to recall memorable stories of Blue Formals over the years. 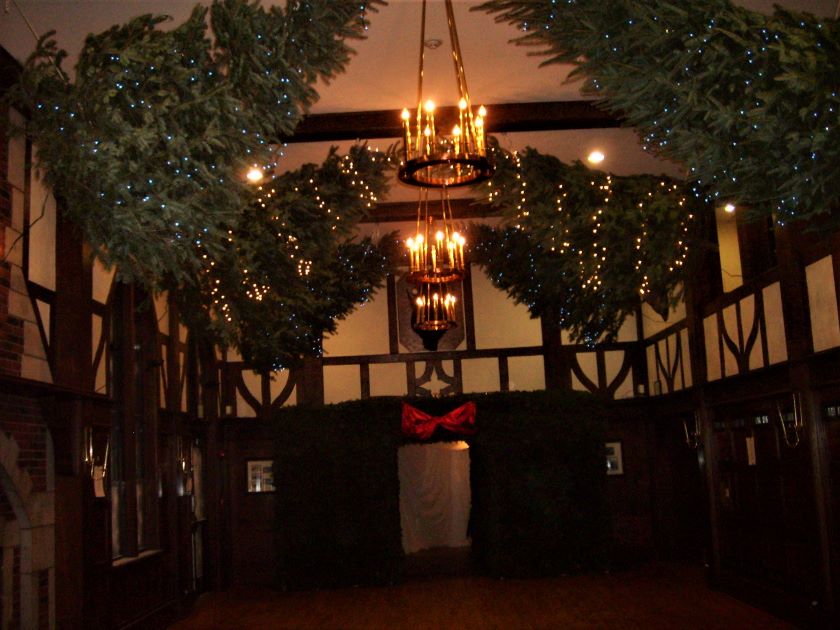 It was confirmed by Dudley Foster ’49 that Blue Formals were held in the 1940’s with the chapter house being decorated much as it is today with the Christmas trees adorning the Great Hall in a pine tree arch.  The tradition of transforming the front entrance of the chapter house into the shape of a White Cross was begun in the early 1960’s.  Decorating the entrance to the Game Room with pine boughs, was started sometime in the early ‘70’s.

One of the more memorable stories was the Great Hall fire that took place following the 1961 Blue Formal.  With one of the brothers igniting the White Cross entrance made of white tissue paper, the fire quickly spread into the Great Hall, Game Room and Library.  This occurred after the dance was over and all the dates had been taken back to their residences. Fortunately, damage to the house was superficial although several items of note were damaged.  One was the baby grand piano and the other the Sigma Chi crest over the fireplace.  To read more about what transpired after the fire follow the links to Blue Formal Fire, The Great Piano Drop, and the Quest of the Sigma Chi Crest. 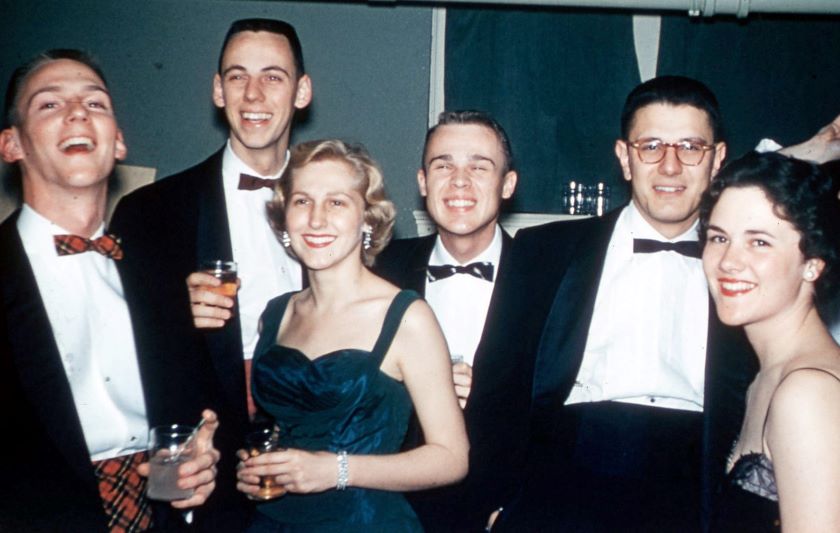 We also learned that Blue Formal was “black tie” until the late ‘60’s; the announcement of the Sweetheart continues; that procuring extra trees at little to no cost has been going on for years including cutting pine branches off trees in the Lafayette Police shooting range; and the more recent “tradition” of taking down the Game Room pine bough arch at 3 am following the dance with the participating brothers wearing only their boxer shorts.  We also learned that the brothers continued the Blue Formal tradition the year they lived in the AOPi house (2006 – 2007) while the chapter house renovation was taking place.  One brother even proposed to his future wife on that evening.

Ninety-three-year-old brother, Dudley Foster ’49, remarked that it sure seemed like Blue Formal had gotten a little wilder since his days at Delta Delta.

Along with reminiscing about Blue Formal, brothers shared other memorable stories of their college days.  These included being the backup quarterback to Lenny Dawson, the concern over building “Colorado Mountain Fires” in the Great Hall fireplace; a little history on the Rolling Peanut Pub; and when the first TV antennae went up in the house in 1947.

We also got a brief update from Delta Delta’s Consul Sam Spears ’23 about how Purdue and the Sigs would be addressing the COVID pandemic when they returned to classes in January.

The Spirit of the Evening

At the end of the 75-minute Zoom call Don Sondermann ’92 seemed to capture the spirit of the evening when he commented, “The stories, the memories, and seeing friends on this call has been wonderful.  It reminds me of all the great times I have had as a Sigma Chi.  Thank you for arranging this event.”

COVID or no COVID we may just turn this virtual Holiday Get-Together into the next Delta Delta tradition.