Scott Hutton ’94 CEO of the Year 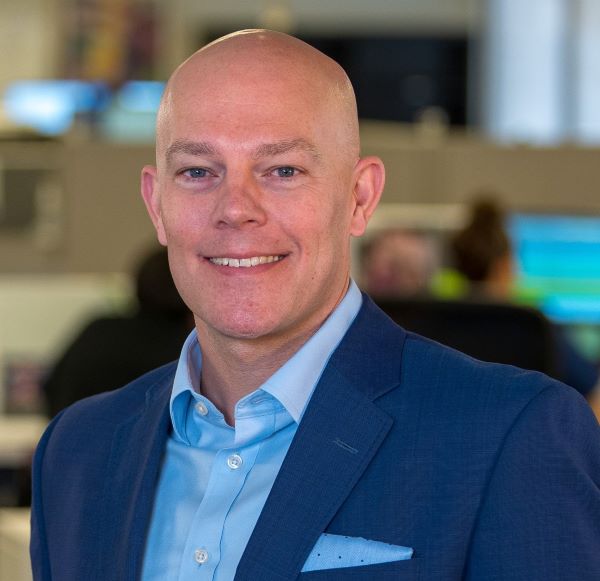 President and Chief Executive Officer of Biodesix, Inc., Scott Hutton ’94 was recently selected as the 2020 CEO of the Year – USA by CEO Monthly. The magazine seeks to honor CEOs whose commitment to promoting business excellence, determination and innovative approaches take a business to the next level.

Scott was selected for his role at the helm of Biodesix as the company developed an end-to-end customized COVID 19 testing solution while taking the company through an initial public offering in October 2020. The company is now listed under the BDSX NASDAQ ticker symbol.  Additionally, Scott was recognized for his leadership in bringing the company through a challenging, but record-breaking year, while launching three new precision medicine products in 2020.

“I am honored to receive this award from CEO Monthly on behalf of myself and the entire Biodesix team and appreciate the recognition of our many achievements and successes,” stated Brother Hutton. In addition, Scott was named 1 of the Top 25 Biotech CEOs of 2021 by the Healthcare Technology Report.

“Early in the pandemic,” Scott noted, “we pivoted and began providing COVID-19 testing.  Last year we began working with the Big Ten Conference to oversee and manage onsite COVID 19 testing of all student-athletes and athletic staff; and prior to the start of the spring semester, we worked closely with Purdue to offer rapid testing for students before they returned to campus.” 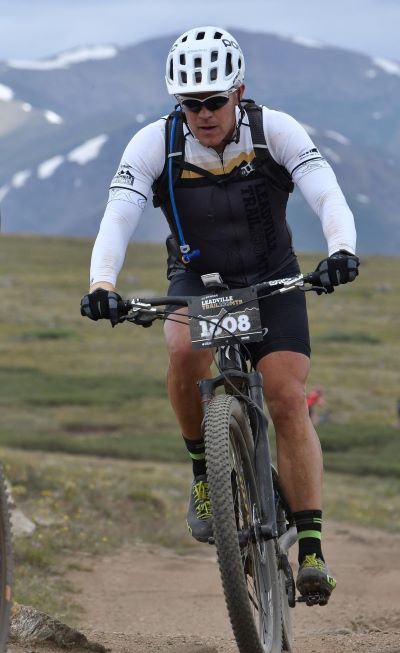 In commenting on his award Scott reflected, “My time at Purdue and living at 202 Littleton was pivotal in my personal leadership journey and to my continued growth and development. It really began early on during pledgeship as I found the Sigma Chi core values to resonate and inspire. Also, the fraternity surrounded me with what I believe was some of the best and brightest at Purdue. My fellow Sigma Chi brothers inspired me and motivated me. Today I have continued to surround myself with the best and brightest while focusing on diversity (especially temperaments, talents and convictions).”

Scott continued, “I do not believe I would be where I am today, nor would I have achieved what I have, without my attending Purdue University and becoming a Delta Delta Sigma Chi. I continually strive to make Purdue and Sigma Chi proud.”

Scott says he still is in touch with several of his PB’s, especially those living in Colorado where Scott and his family reside.  “I continue to be amazed and inspired by all that they have achieved and accomplished in life and their chosen field,” noted Scott, “most importantly, they are all good men who challenge me and inspire me to be the best brother, husband and father I can possibly be.”

Scott also attempts to get back to Purdue each year for one football and one basketball game. He always drives by the chapter house when in town and prior to football games will meet his pledge brothers at the house. 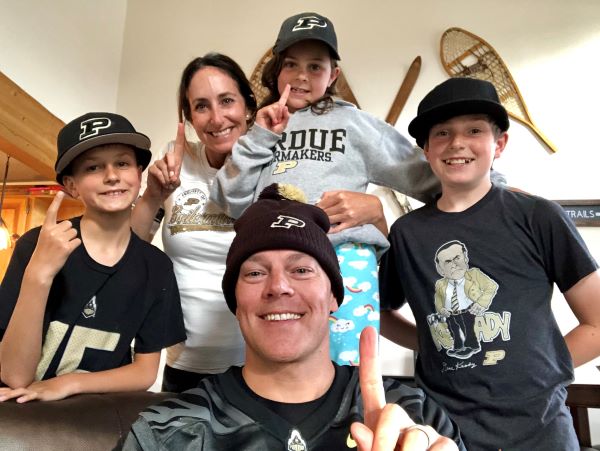 Scott and Courtney with their Boilermaker crew.

In his spare time Scott likes competing in extreme endurance cycling races.  He says they test him physically, mentally, and emotionally.  Scott has completed the Leadville 100 Mountain Bike Race three out of the last five years and over the years has also completed marathons and triathlons.

Scott and his wife, Courtney, who is also a Purdue graduate and a Pi Phi, did not know each other while at Purdue. They were introduced to each other while living in Los Angeles, CA by a few Delta Delta Sigma Chis. They now live in Louisville, CO (just outside of Boulder) and have three children, two boys and a girl. Ryder (14), Tagg (12), and Piper (8). All three proudly wear the ‘old gold and black’ of Purdue.

As a family, he and Courtney spend lots of time supporting their children’s activities and interests.  They also enjoy skiing, hiking, cycling, playing golf, and experiencing all that Colorado has to offer.