Purdue President Mitch Daniels stated to the hundreds of spectators, drivers and crews gathered at Purdue’s Grand Prix track to watch the 64th Grand Prix on April 25, “This event marks a huge step back toward normalcy and the campus we all love. This is always one of the great events on the Purdue calendar, year in and year out.”  Delayed by one day because of rain this year’s Grand Prix race, held on April 25, was the largest Purdue-sponsored event in over a year. 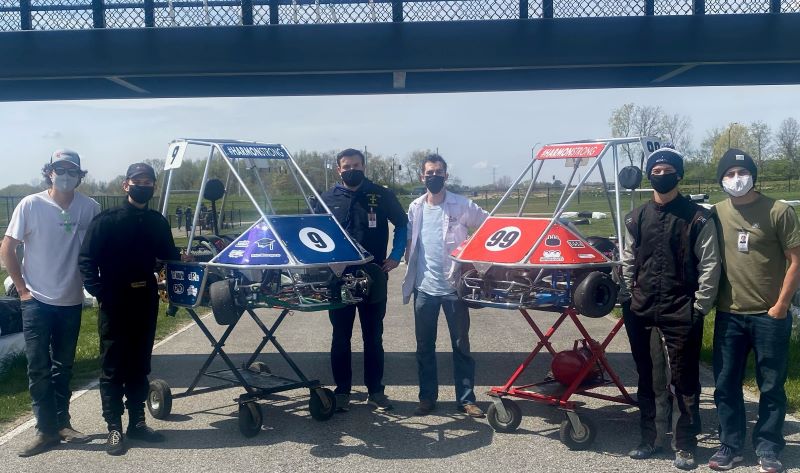 Sigs Place High in Qualifying, But Succumb to Engine Failures

Delta Delta’s Grand Prix teams put in countless hours preparing Sigma Chi’s two carts and getting the teams ready for the race. Grant Vogt ’22 added a third cart to the garage by partnering with the Veteran’s Association to help them prepare their cart for the race.

At the end of time trials Delta Delta’s carts held their highest qualifying positions in recent memory. Drivers Brendon Trent ’23 placed third and Tyler Skiles ’22 lined up in the 11th position. Our carts started out well in the race but both of them succumbed to engine failure. It was a disappointing day for many teams as only 10 of the 33 carts completed the race.  With all of our drivers and pit crews returning next year, the Sig teams are looking forward to better performances in 2022.