With the pandemic disrupting reunion class plans over the past two years, the Classes of ’95 and ’96, along with several brothers from the Classes of ’94 and ’97, joined forces to enjoy a fun filled, if not soggy, Homecoming weekend on October 1-2.

As the brothers arrived back on campus on Friday several met at Harry’s while a couple of the brothers with teenage kids took them on campus tours with hopes that some would become future Boilermakers.

Most of the brothers who returned attended the Alumni Honors Dinner Friday evening as one of their own, Scott Hutton ’94, was recognized as a Significant Sig.  This was a great evening with so many brothers and family members present where they got to see firsthand how important Sigma Chi was to all those who attended.

Saturday found the bro’s from the Classes of 1994 -1997 gathering at a tailgate put together by Jason Bedsworth, Craig Johnson, Brent Skelton and Eric Morgan.  This gave everyone a chance to meet prior to the game and see several PBs who had arrived Saturday.  Then it was off to the football game where everyone sat in the rain and watched the Boilers lose a close one to Minnesota.

Saturday evening all the brothers and wives gathered at Sgt. Prestons.  There was even a surprise visit from the Class of ‘95’s Magister, GA Bernardin.  As this group celebrated their over 25 years of brotherhood, it was nice to see the multiple classes together highlighting just how important all their friendships were during their time at Delta Delta.

We look forward to seeing these classes back again in another five years. 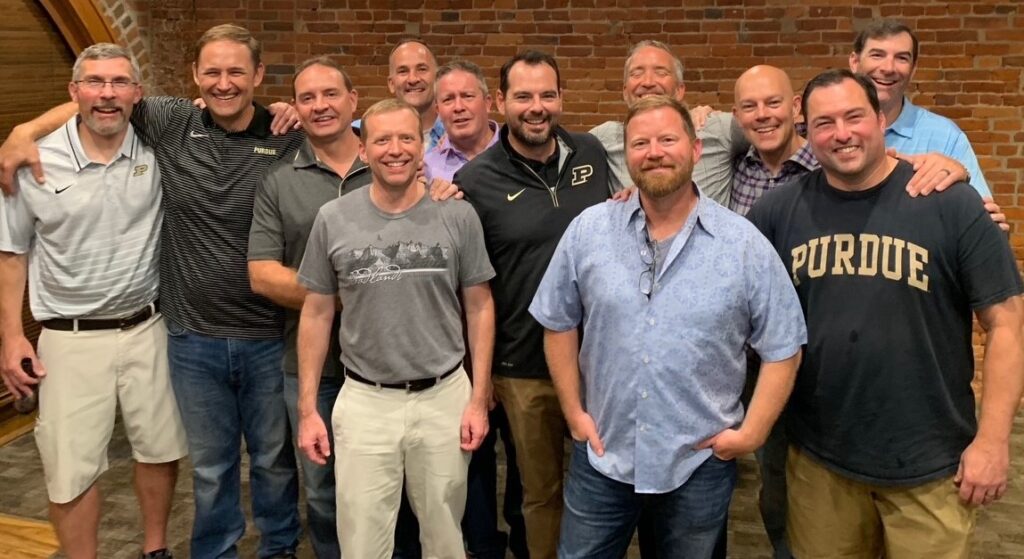 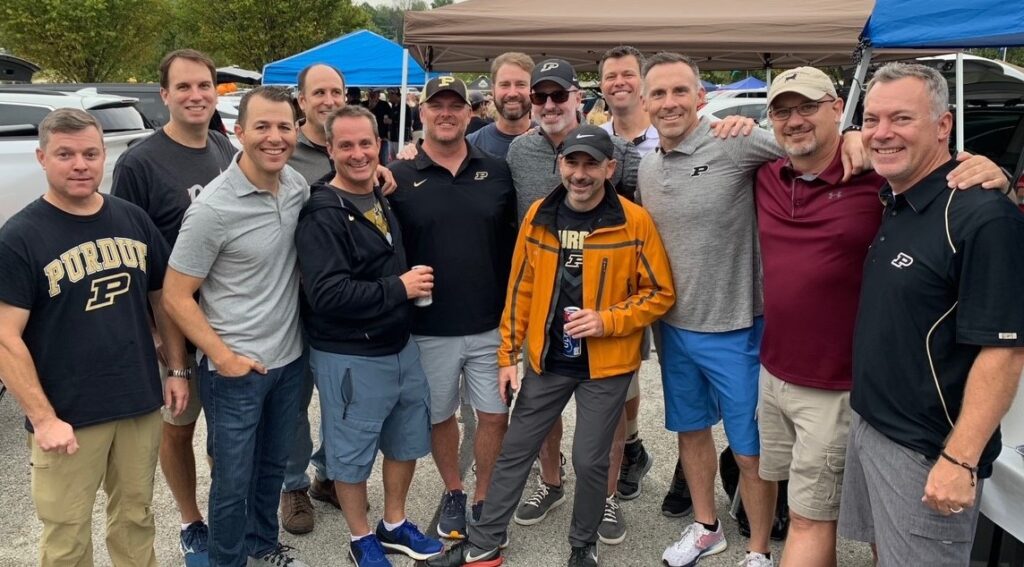