Chicago, Detroit, San Diego, Las Vegas, Austin, Denver and now Dallas.  Several brothers from the classes of 1989, 1990, 1991 and 1992 have met annually for over 10 years for a long weekend of renewed friendships and fun.  These brothers have arranged these outings in different locations all over the country where they get together to play golf, a little pool, and just hang out. 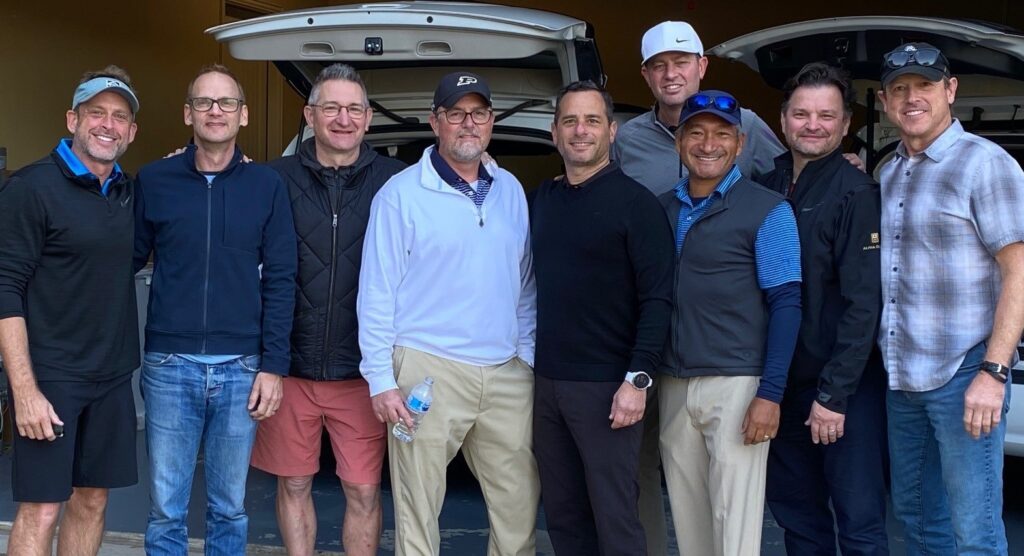 Recently nine brothers flew into Dallas for their annual outing the weekend of November 11 – 14.  Because they are coming from all over the country they rented a house in Dallas, and according to John Salsberry ‘89, “We picked up like we were back at 202 Littleton”.

John adds, “Each year we pick a location where getting flights in and out is easy and there is lots to do.  Those taking part split up the tasks and we are surprisingly efficient at making arrangements for rental cars, tee times, food/booze, rental house, bets on golf, etc.  We keep track of all receipts, give them to one person at the end of the trip and Venmo each other any balances.”

In providing some commentary on the weekend, John remarked, “Bragging rights this year went to Charlie Shikany ‘91 for sinking a 75-foot putt on 18 to half the round and saving me $10.  Scott Mehal ‘89 and Jeff Greco ‘92 for the long drives, although that was the only drive Jeff hit in the fairway all day.  No one won closest to the pin on the par 3’s because no one hit the greens.”

John concluded, “The best part of these outings is how we all pick up where we left off 30 years ago like we are all hanging out in Room 14.”

We hope this annual tradition continues and more brothers of this era are able to take part.