The email invitation went out to 21 Sigma Chis on December 5, 2021. It was to members of the Delta Delta Sigma Chi Class of 1965 to determine interest in attending the Purdue vs. Tennessee Music City Bowl game in Nashville, TN. Only two Sigs answered the call: Bob Smith and Paul Kuhnert, and their sweethearts, Anita and Betty respectively. 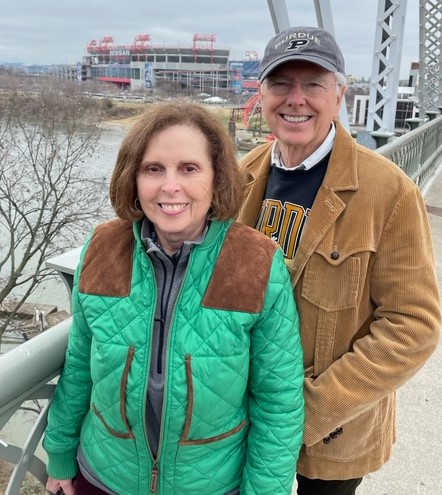 Good is an Understatement

Brother Kuhnert remarked, “Describing the game as “good” would be an understatement; it was like no game we had ever seen before. It had big plays, controversial penalties, and a “never-say-die” attitude by both teams. Cheering and screaming occurred almost non-stop during the game. Shouts of “Boiler-up” and “Hail Purdue” rang out in the hotel hallways and walking down the street. (Bob and I cheered enough for our entire Pledge Class!) The announcer estimated the attendance to be over 69,400 fans.”

According to Brother Smith, “There was a lot of high-fiving going on followed by groans when the Vols scored followed by more celebration when Purdue fought back.  It was an exciting game of ups and downs reminiscent of “exercising” in the Great Hall.”

Could anyone ask for more?

This year’s Boilermaker football team compiled its best record since 2003 and tied for the second-most wins (9-4) in the history of Purdue football. It was only the 12th Purdue team to win nine games. They also won their fifth game away from home, last accomplished in 1943. 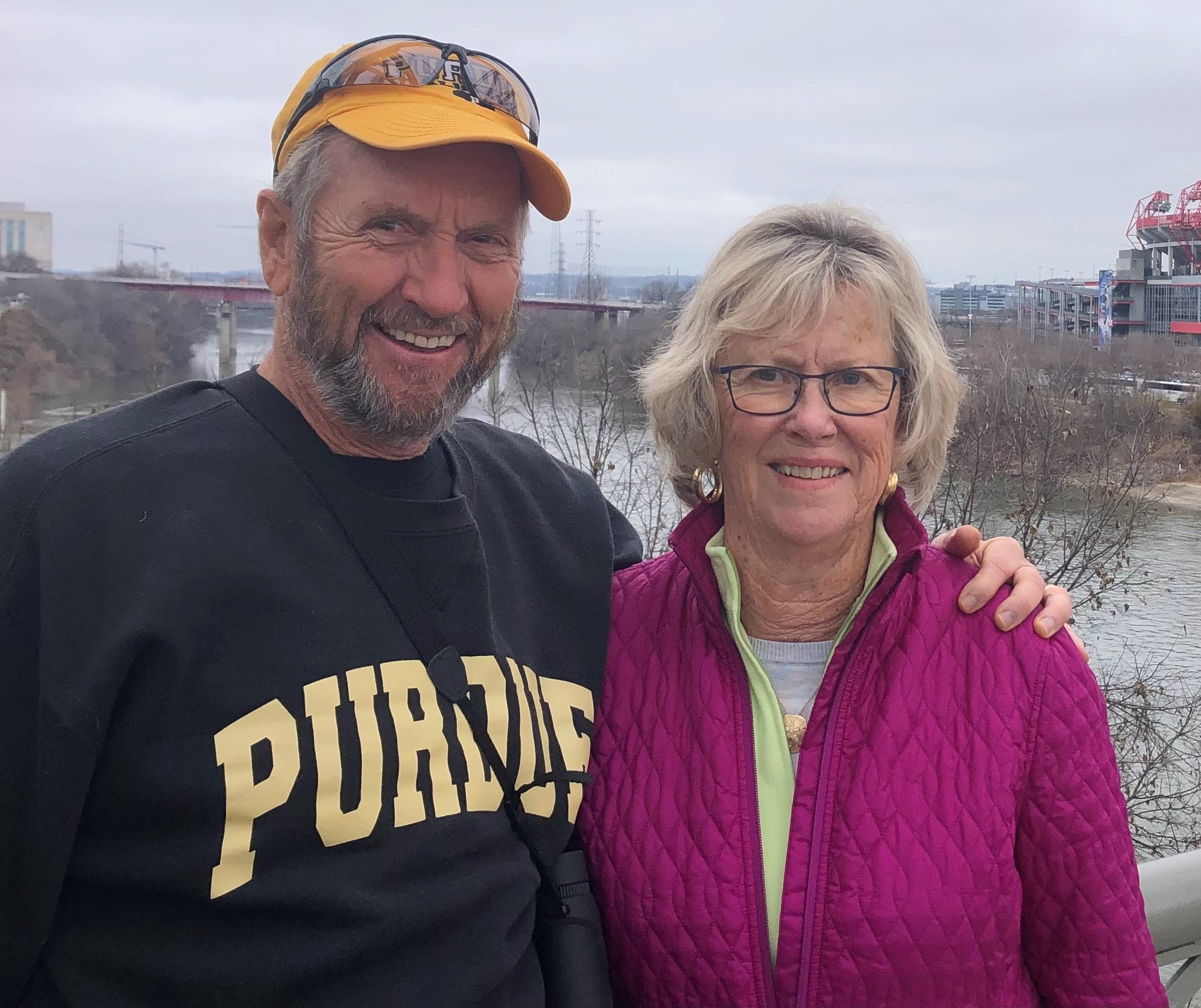 The post-game dinner was held at the famous-for-BBQ Caney Forked River Grille. A lot of other Purdue fans were there and acknowledged our hats and sweatshirts with greetings of “Boiler Up” and “Go Purdue!”  Brother Kuhnert showed up with a vintage 1961 sweatshirt with a never-before-known-to-exist Purdue Pete design while Brother Smith was sporting a beard grown during the summer in Vermont.

Tom Newell commented following the game that “My grandson is a freshman at Tennessee but was unfortunately sick and could not attend the game. We had fun texting anyway during the ups and downs.  He was a little pissed at the outcome!”

And Russ Pfahler wrote, “I watched the Boilers on TV and was thinking about how the late Brother Donn Griffith recruited 5 or 6 of us for the spring pledge class from the freshman football team. Including the fall pledge class, I ended up with about 20-25 of the finest brothers any Sig has ever had.”

We are looking forward to seeing more of you at the next unforgettable social event for the Delta Delta Sigma Chi Class of 1965.