A large contingent of Delta Delta alumni took part in the annual John Purdue Club annual golf scramble held on February 13 in Naples, FL.  The event was held at the Club at the Strand owned by Delta Delta alumnus Eric Morgan ’95.

And the Winners Are

Jeff McKean ’86 reported that the Sigma Chi foursome with former Purdue and NY Jet tight end, Dustin Keller, won the tournament with a round of 14 under par. The winning Sigs included Rob Barkett ’86, Rosco Holloway ’79, Jeff McKean ’86 and Larry Green (whose son is a DD ’19 and his father-in-law a member of the Class of ’63).  Brother Barklett led the Sig team.  Rob was a former member of the Purdue golf team and still has a 1 handicap.

Another group of Sigs competing in the outing was made up of Tim Hull ’81, Doug Hull ’79, and R.L. Berry ’80, along with former Purdue and Boston Celtic standout Jerry Sichting.

Another group of Sigs from the Class of ’95 also took part.  Although not as successful on the golf course these brothers enjoyed a couple of days of hanging out and enjoying Florida’s nice weather.

Joined by Family and Friends

In addition to golf a large group of Sigs, their families and friends, totaling almost 50 people rented six pontoon boats and spent a day on a remote island beach off the coast. Sounds like the place to be in mid-February. 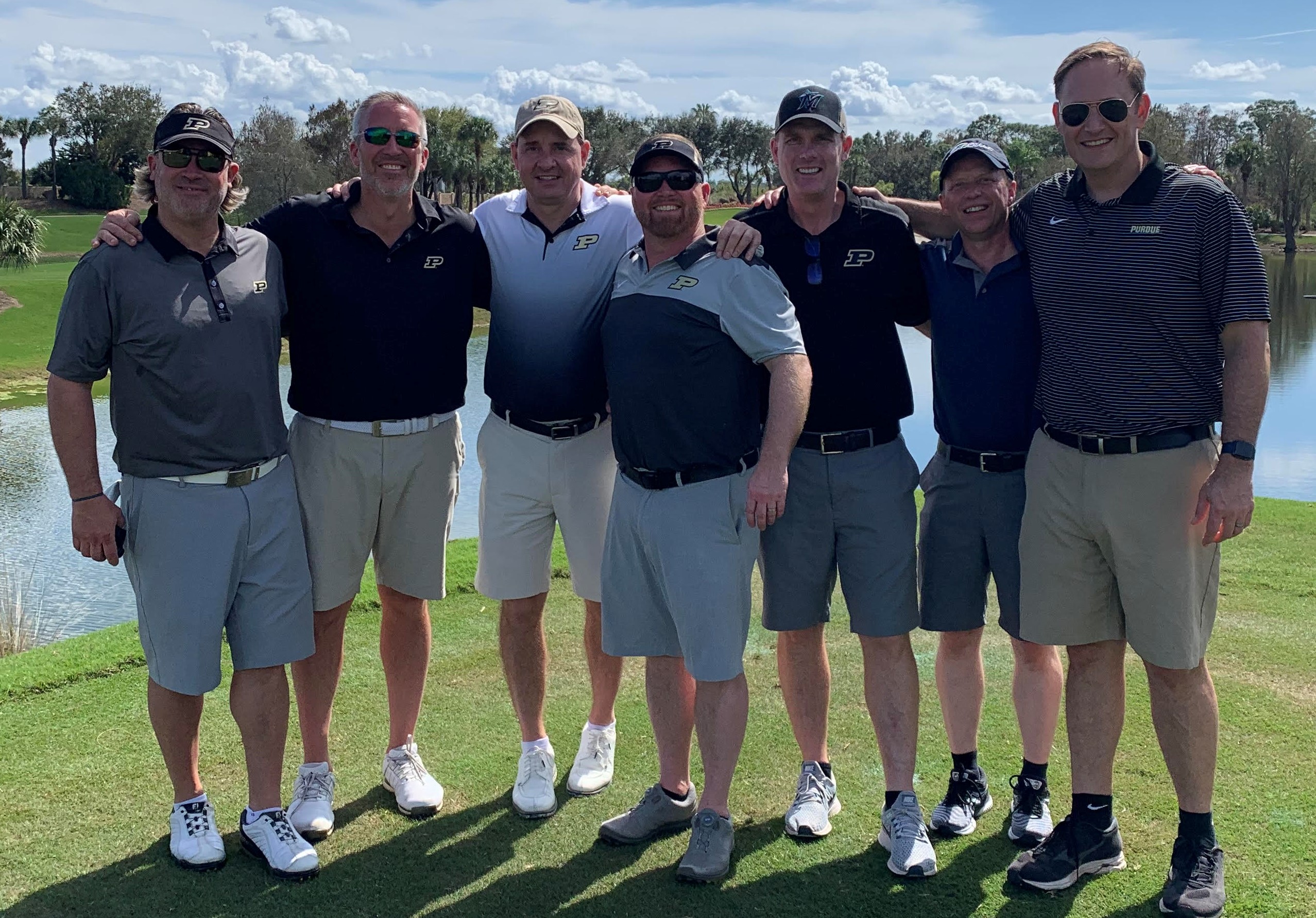 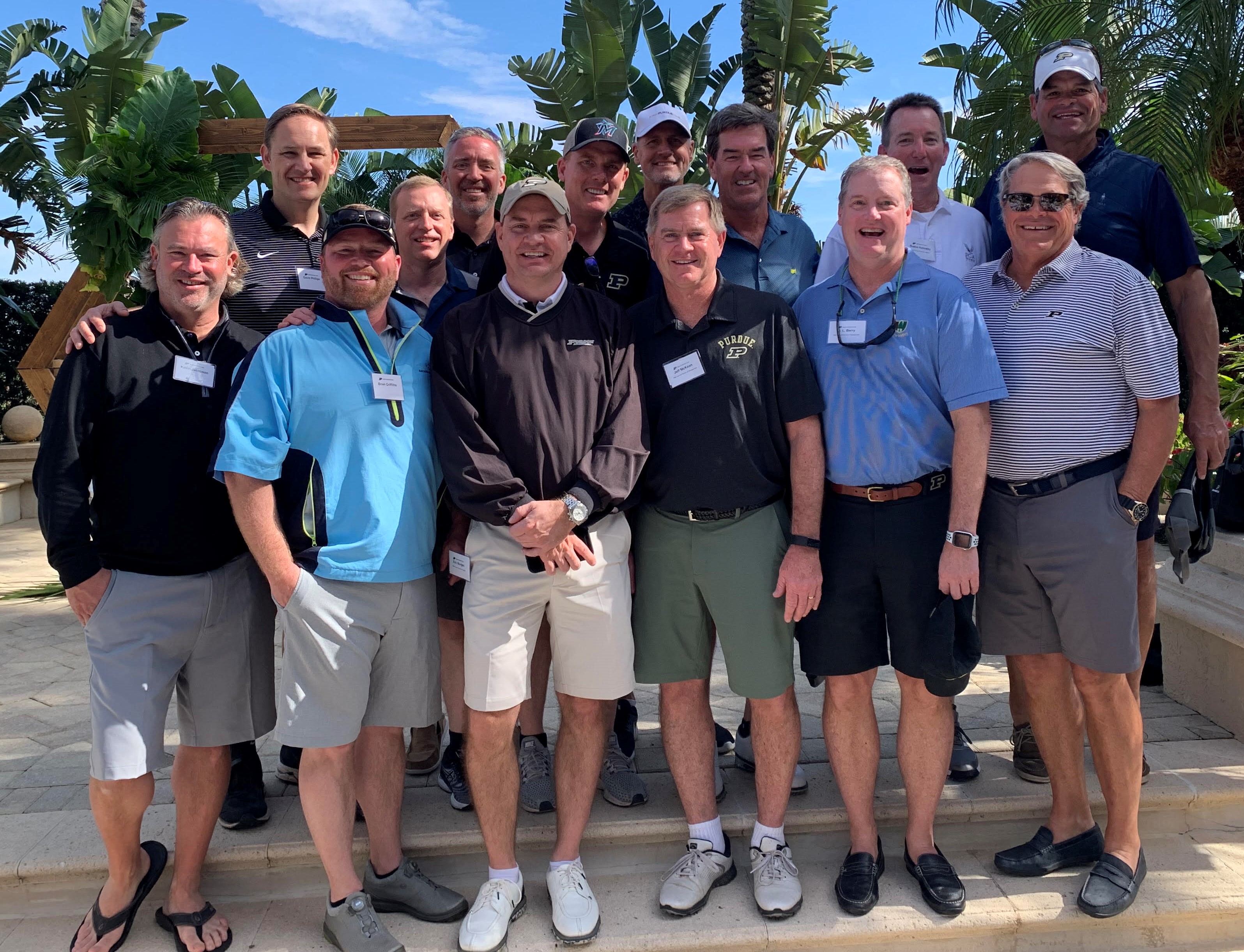 All the Sigs at the JPC Golf outing.

Sigs, families and friends enjoying the February weather in Florida.