Significant Sig Reed Dunnick ’65 noted that Jim Lopeman ’63 was “a natural leader, who was an essential part of many of the activities that made Delta Delta an outstanding fraternity on the campus of Purdue University during the early 60’s, a tradition I am proud to say that has continued to this day. His infectious personality, wonderful sense of humor and strong interpersonal skills made him a favorite for any activity.” 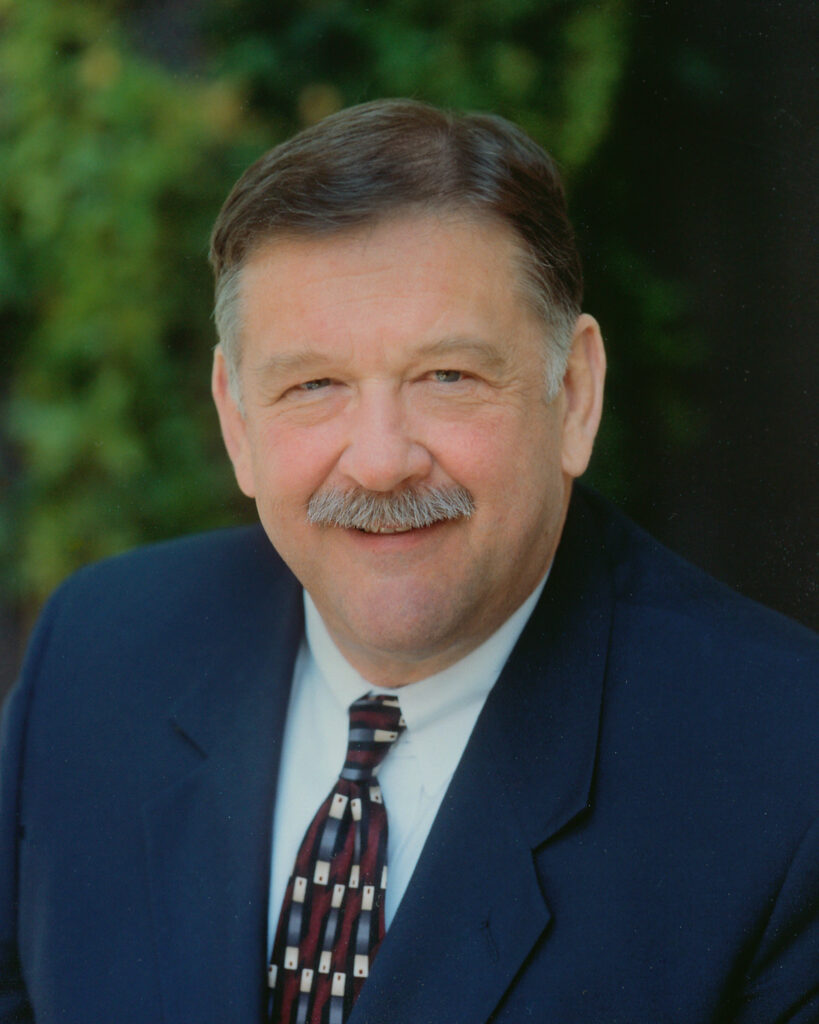 James H. Lopeman ’63 has been recognized as a Significant Sig for his contributions and leadership to the independent oil refiners of our country during his four decades in this industry.

Jim built his career around working for and with small independent refineries as they competed against the oil industry giants. Throughout the ‘70’s and ‘80’s, independent oil refineries were supplying 20% of America’s energy needs and were considered a strategic lever aimed at keeping larger oil companies in check.

Jim held a series of leadership positions with different west coast oil refineries including Sound Refining, Fletcher Oil and Refining, Newhall Refining, Golden West Refining, Macmillan Ring-Free Oil and Pacific Refining Company.  During his tenure at each depending on the industry challenges at the time, he steered them through the oil crisis of the 1970’s to a period of economic transition in the 1990’s.  One was the Macmillan Ring-Free Oil Company where he succeeded Significant Sig John Shaheen (KK-Illinois, 1940) as CEO. In this role Jim oversaw wide-ranging corporate interests, including refineries in California and Arkansas, crude oil production in Arkansas, oil exploration efforts in the North Sea, and extraction operation in the Athabasca region of Alberta, and radio stations in New Orleans and Syracuse, N.Y.

In the 1990’s, Jim shifted gears to become a leader in the process of safely dismantling and repurposing facilities and properties that were no longer competitive and could no longer meet increasingly tough environmental standards.  Over the course of ten years, Jim over saw the transformation of the Pacific Refinery in Hercules, CA, near San Francisco, from an environmental challenge into an award-winning residential neighborhood on the shores of San Pablo Bay.

At the time, this was the largest industrial-to-residential conversion project completed in this country.  It also established an environmental success story for others to follow. His public service in the Bay Area alone has been recognized by citations and commendations from The City of Hercules, The City of Rodeo, Contra Costa County Board of Supervisors, the California State Senate as well as community service organizations.

In other community efforts Brother Lopeman was a founder and led the Christmas Coalition, an ad-hoc organization that coordinated holiday food and toy distribution to numerous local organizations in Hercules and several neighboring communities. For his efforts, the California Senate honored him with their “Special Recognition Award” for 2000.

Jim has also taken part in “Read Across America” and “Junior Achievement”.  When Jim learned Hercules was the largest community in the Bay Area without a public library, he chaired the fund-raising effort and oversaw the construction of a new library in Hercules that opened in 2006.

Perhaps one of Jim’s most appreciated contributions was his creation of a video of that captured the years and brotherhood of his fellow Sigs from the classes of 1962, ‘63, and ‘64.  This montage of still photos, and snippets of ancient film, are cleverly woven together with references to our chapter house and our Sigma Chi values.   This prized contribution can be viewed at:  The Quest Delta Delta ’63 and ’62 – YouTube.

Jim reflected on this honor noting, “As the shock and surprise of being named a Significant Sig begin to fade, I find it humbling and gratifying that my name will be included among such distinguished Delta Delta alums.  Sigma Chi has indeed given me favor and distinction.” 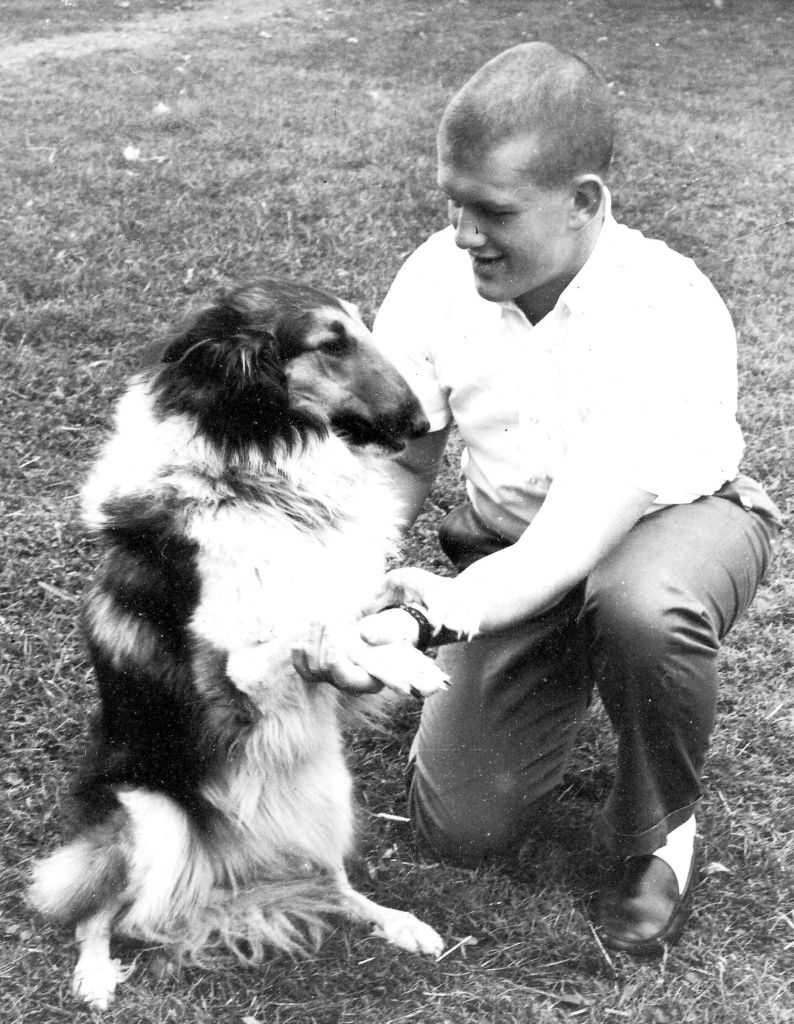 Looking back Jim noted, “Life at Delta Delta – the mundane as well as the aspirational and the whimsical – was an internship in interpersonal relations.  Those lessons informed all aspects of my life, and bonds with fellow “interns” continue to enrich my journey.”

Brother Lopeman pledged in September 1959, having been graduated from St. Ignatius High School in Cleveland. In addition to routine pledge activity, he found time to serves as a staff writer for The Purdue Exponent – the daily campus newspaper. Over his time at Purdue he continued his work with The Exponent, eventually serving as Sports Editor. He also served as president of the Purdue chapter of Sigma Delta Chi (national professional journalism honorary). In his final year, he became a member of Gimlet Club – quite an honor.

During his freshman year he found time to establish a local area subrosa short-range AM radio station that irregularly broadcast interviews with pledge brothers and commentary on campus and regional issues. Listeners were greeted with the station’s tag line – “broadcasting from the relative warmth and security of our studios here at radio WOMB.” As an upperclassman he was able to broadcast play-by-pay accounts of our intramural basketball team’s games. To our knowledge the FCC remains unaware of this activity.

He served the chapter as Magister and Steward while also demonstrating his haberdashery skills working at The University Shop, a student-oriented men’s fashion enterprise. Initially interested in chemical engineering, Jim’s skills and personality led him to focus on Industrial Economics.

The House remained the major focus of his extra-curricular activity. He was a creative force in developing the concept of a Bowling-on-the-Green competition – first, between three-man teams from among the brothers. This concept grew — with Jim as a creative force — into the annual (for a few years) co-ed Bowling-on-the-Green Tournament and Festival. He was a principal participant in the unauthorized press coverage of the 1962 Iron Key Tapping, manning the control vehicle while other “reporters” roamed in a Corvair and were stationed among the bushes outside the main entrance to the Executive Building.  Jim was an influential contributor to rush/recruitment initiatives and played a key role in ritual activity.

Jim’s remarkable combination of charm and character served Delta Delta and the University extremely well while earning him the respect and affection of all his Delta Delta brothers.

3 Responses to “Jim Lopeman ’63 …. A Significant Career of Leadership”

I was a pledge when you were a senior going to graduate. You were a great guy. We all really liked you.

Jim, congratulations on your honor of being selected as a Significant Sig. You were significant to me because you thought me how to be a great “FIRE BALLER”. Thank you!