Omholt ’92 Helps Others Invest in Themselves

Since graduating from the Krannert School of Management in 19’92, David Omholt has been a leader in the Franchising industry, as well as a major contributor of his time to Purdue University and multiple charitable and community organizations. David stated, “Receiving the Significant Sig award is just confirmation that many of the lessons I learned as a pledge and active brother that I have applied to my life have been a good formula for success and happiness.  It, yet again, validates I chose the right fraternity some 34 years ago!” 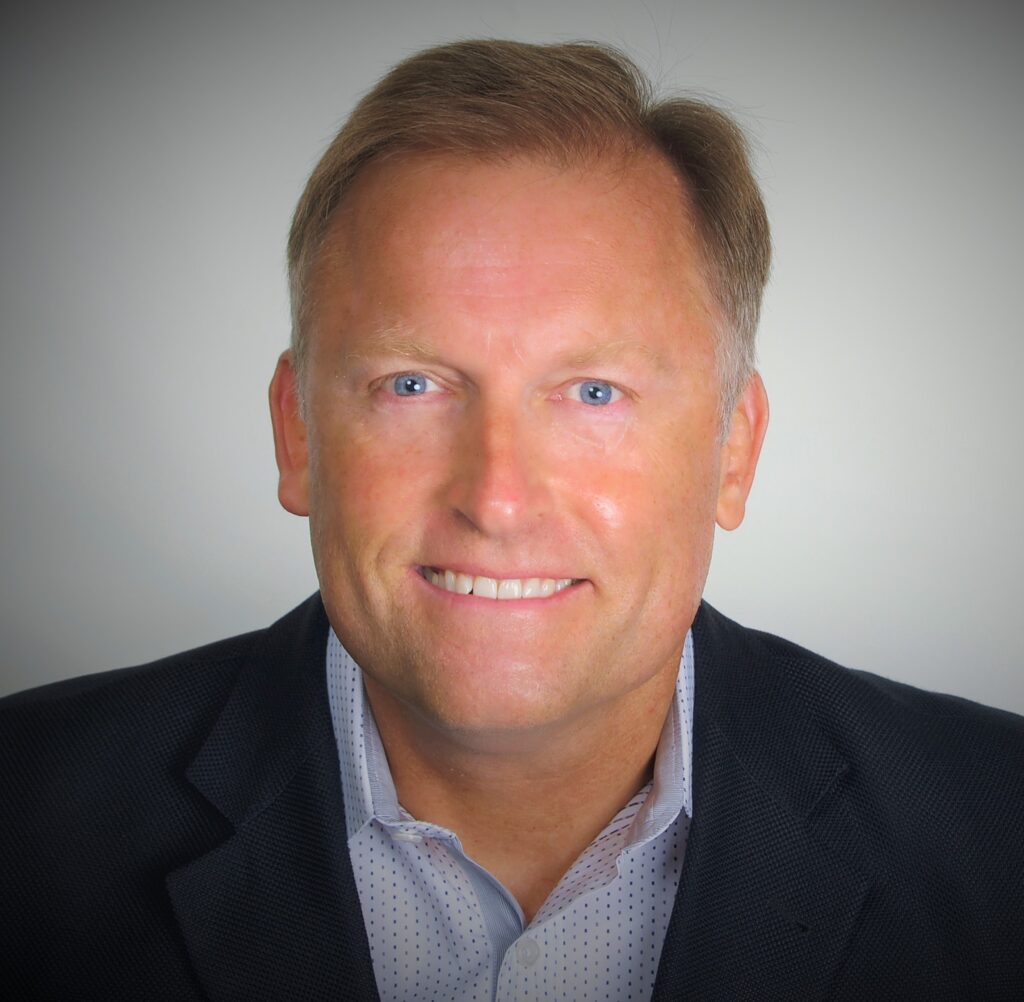 After a 10-year run with Andersen Consulting (now Accenture), David founded The Entrepreneur Authority (TEA), a leading full-service franchise consulting firm with a national network of offices, from New England to Hawaii, that provide franchise consulting services. It is the only franchise brokerage to ever receive the Chairman’s Award from the American Association of Franchisees and Dealers.  David was one of the first franchise brokers to ever receive the Certified Franchise Executive (CFE) designation, which is the highest accreditation one can earn in that industry.

TEA represents over 1000 franchise companies and assists buyers in navigating the process of building their own business.  Representing franchisors in over 70 different industry segments, TEA supports individuals ready to invest in themselves.  They also consult with companies looking to franchise their business model.  In fact, a number of his clients have appeared on Shark Tank!

Since founding TEA in 2002, David has consulted and/or brokered for major franchise brands such as AAMCO, Charles Schwab, Checkers, Denny’s, Interstate Batteries, Potbelly’s and Sport Clips, as well as hundreds of others in every imaginable industry segment in the US, Canada, and Mexico.

David was a contributing author to Achieving Quality Performance, a book which outlines how improved teamwork, innovation, and quality lead to overall enhanced business performance. David has been quoted on franchising trends in many local and national publications including the Wall Street Journal, Franchise Times & Financial Times. He has been a guest lecturer at Duke, Notre Dame, Purdue, University of Dallas, University of North Texas & UTEP and has appeared on several radio shows and podcasts over the years.

He co-led research on the Franchise industry in conjunction with the University of North Texas, where he has sponsored UNT’s David E. Omholt Entrepreneurship Scholarship for aspiring entrepreneurship majors.

David (third from right) with his Old Master’s hosts in the Purdue Men’s Baseball dugout that Dave’s family has sponsored.

David was selected for Purdue University’s Old Masters Program in 2015 and has also volunteered his time as an Executive in Residence at Purdue (2018) and as a Board Member of the College of Liberal Arts Dean’s Advisory Council since 2010.  David also participates in the Purdue Baseball Leadership Council.  As a former captain of Purdue’s baseball team, “Ommy” as he is nicknamed, often speaks to the current baseball team on his Purdue experience.  Notably, the Purdue home team dugout bears his name.

David served as a Board Member for Honor Courage Commitment, Inc. 2011 – 2018, a nonprofit organization that trains military veterans to become successful entrepreneurs who are committed to social responsibility.

David also served as a Board Member for McKinney Education Foundation, 2008 – 2012 where he was President  for this non-profit education foundation.  He has also participated in multiple humanitarian mission trips to Mexico, El Salvador, Honduras and Nicaragua.

David is currently the Chair of his church’s Leadership Board.

For Dave’s continued investment in his industry, alma mater, and community he has been recognized in numerous ways.

When asked, how has your Sigma Chi experience contributed to your success, Dave noted, “The many ‘timeless truths’ that Delta Delta ingrained in me have often been difference makers for me both personally and professionally.  Through Sigma Chi, I learned some critical change management and team building skills that immediately gave me a leg-up on others in the working world and helped me fast-path a bit.  I was able to keep a cool head in hot business moments.

I had the good fortune of rubbing shoulders with some really smart and driven people at 202 Littleton…and they are as much to thank for this award as anyone.  I am a function of all those relationships, and I am deeply indebted.  I’ve always been an “achiever” personality type but my Sigma Chi experience put that into overdrive.  Not sure I would have had the sticktuitiveness and Texas-sized perseverance had I not gone through Sigma Chi.  It definitely developed my resilience for life after college.” 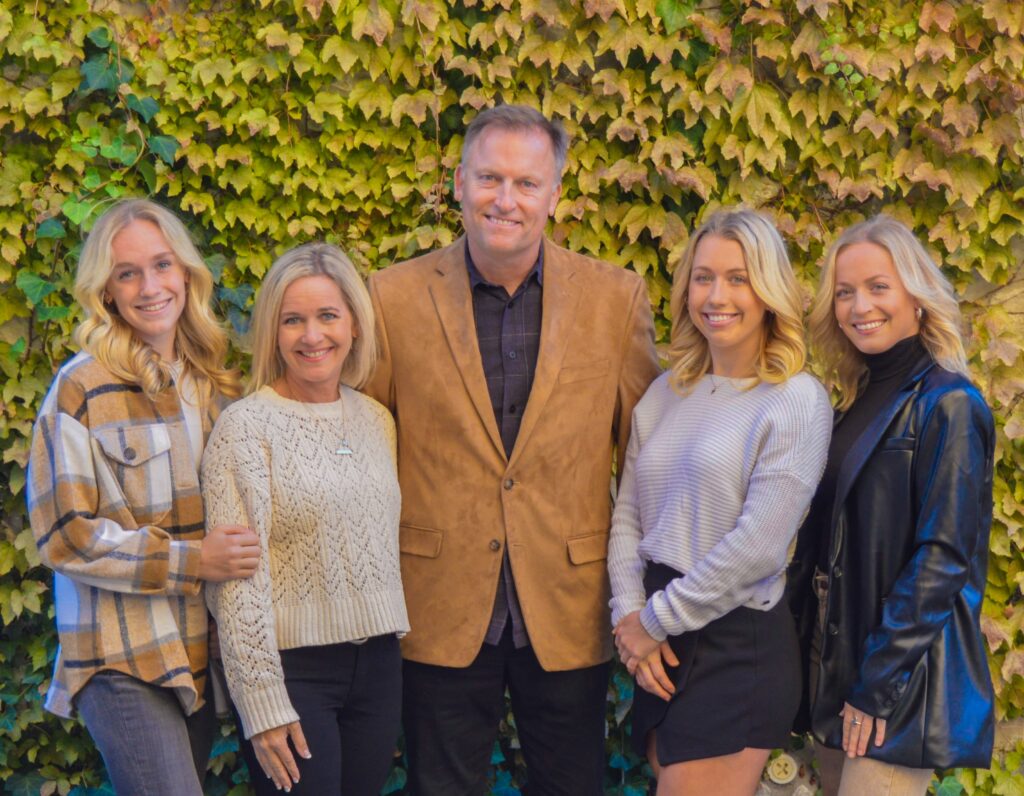 David with his family, (L-R) Lauren, Laura, Kirsten and Gretchen.

Dave also remarked, “I would not be a Sig unless my brother-in-law (Bart Burrell) wrote my rush recommendation.  That helped just a tad bit!  And, the other half of the Carmel Connection (Mark Herrmann) later wrote my Balfour Award recommendation.  To this day, I still am in close touch with Everette Albrecht, who led our Bible Study at the chapter house — he remains a great mentor and keeps me grounded and is great source of accountability.

Professionally, I have encountered Sigs from all different chapters that I have collaborated with over the years and there was always an instant bond and trust-transference that occurred.  Perhaps most of all, I am grateful my wife, Laura, has been so supportive of my journey by allowing me to ‘fire the boss’ 20 years ago and leave the corporate world in order to pursue my own, entrepreneurial ambitions. Our house has never been divided in that regard and I am thankful that she believed in me and encouraged me throughout.  It’s been gratifying, too, to watch our daughters become Boilermakers (and go Greek).  Our oldest, Gretchen, graduated in 2021, our middle daughter, Kirsten, will graduate this year and our youngest, Lauren, will be headed to Purdue to play on the soccer team in 2023.”