Perseverance was the order of the day as our Sig Grand Prix teams continually had to overcome setbacks as we prepared for this year’s race. 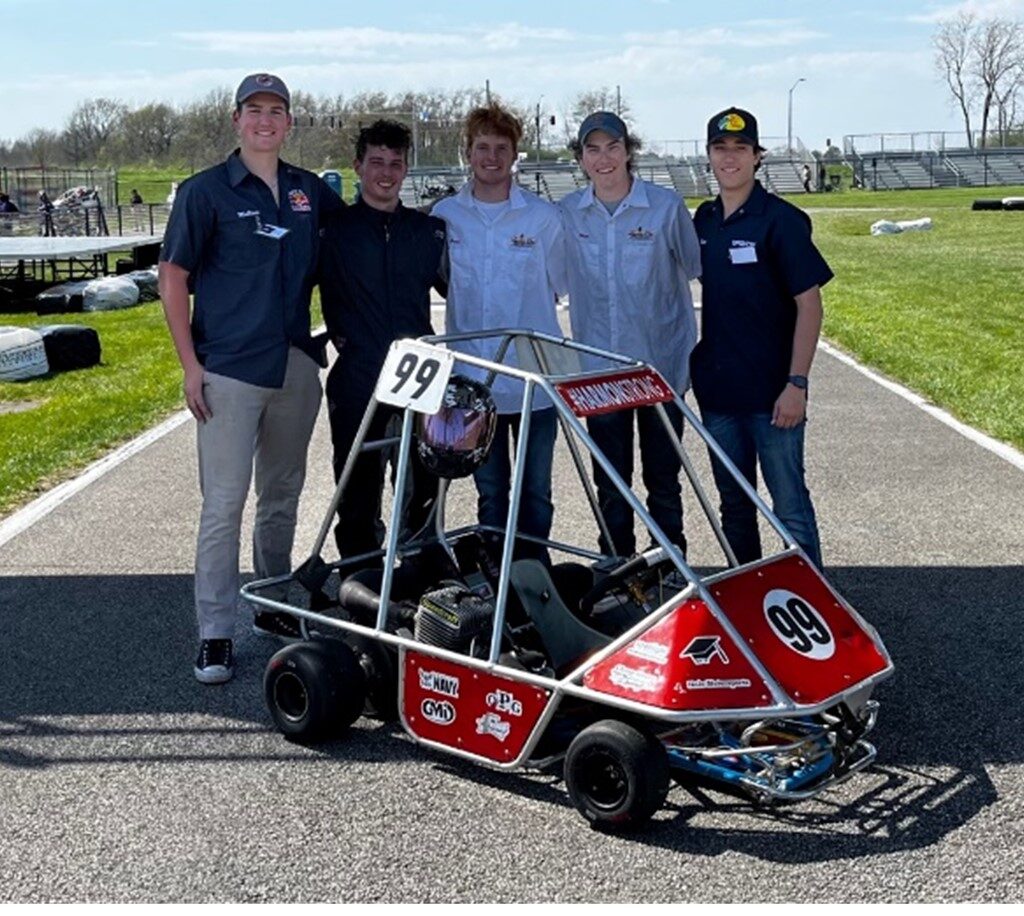 Our EX #9 cart had engine issues that we were unable to fix prior to the race, and our #9 cart had its clutch go out Qualifier Day.  This meant that the Sig #9 cart had to qualify in the sprint races the morning of the Grand Prix race.

We had a very successful sprint race where we finished first. Those who qualified through the sprint race were given starting positions in the back of the pack.  This meant starting 30th out of the 32 racers. Our driver, Brendan Trent, did a commendable job to overcome this tough starting position and finished the race in 10th place. This earned our Sigma Chi team the Hard Charger award for the most improved position during the race.

Twenty Sigs, many former Grand Prix team members, and family members generously backed our team this year with contributions of over $6000.  Mom’s Day proceeds were $2,650, which gave us total contributions of $8,905.

These funds went to purchase new engine and other cart components.  The Sig Grand Prix team is very appreciative of the contributions we have received this year. This ongoing support throughout the years provides our teams with the financial means to be competitive.

We are already excited about next year’s race, where we hope to avoid some of the obstacles we faced this year, and return with two very competitive carts.