Ordeal Did Not Define Him 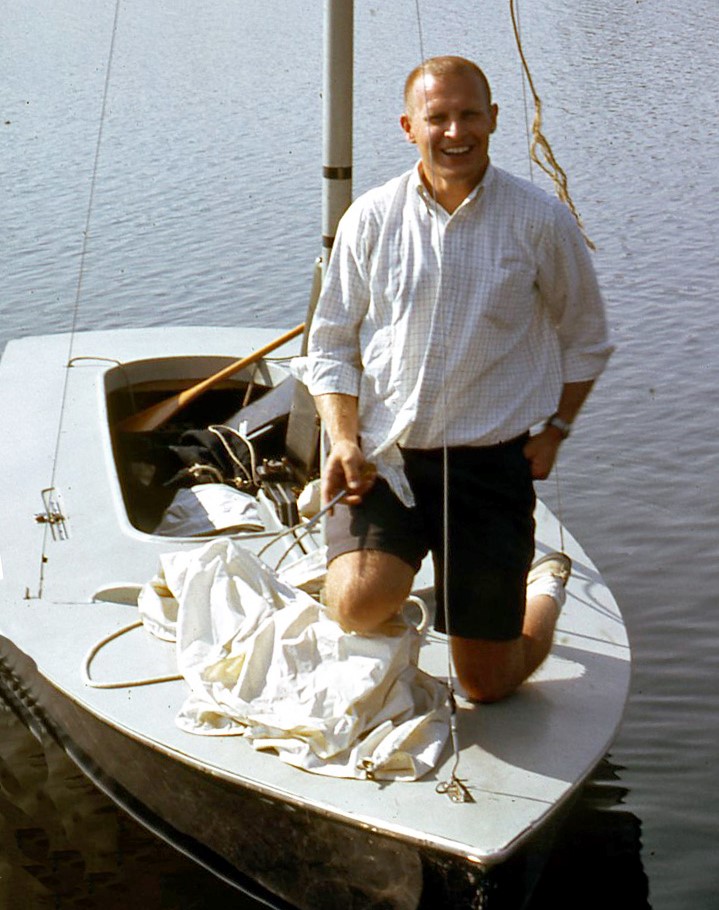 Bernie Sergesketter ’58 noted, “Dick graduated from Purdue in 1957 and was Consul of the Chapter his senior year.  After his tour in the Navy, and mine in the Army, we roomed together along with a Purdue Kappa Sig Ken Appel.  We rented a house on a small lake, and we had good times on Dick’s sailboat.  We had some great parties there before we each said our marriage vows. Dick and I remained lifelong friends.  He led a good life, and the White Cross of Sigma Chi gained new luster by his life.”

Dick was a successful Indianapolis businessman in the mortgage lending and banking arena.  In 1977 Dick was kidnapped and held hostage with a shotgun wired to his neck for 63 hours by a crazed customer.  Dick was released and chose not to speak of the incident for 40 years. In 2017 Dick published a book, “Kiritsis and Me: Enduring 63 Hours at Gunpoint.”  In it he described how he feared for his life and his relationship with Kiritsis before and during his captivity.

Sharing with His Brothers

Brother Hall shared his thoughts on this ordeal at the 2018 Delta Delta Southwest Florida Luncheon with his Sigma Chi brothers. Dick commented, “I spoke about the ordeal that I went through 41 years ago and wrote a book about recently, called “Kiritsis and Me”.  What I learned is that “one can be surprised at what he can do if he has to and has faith”.  I feel certain that my Sigma Chi training and principles played a part in my enduring this ordeal.  It felt good to have the opportunity to share my experience with my brothers.  I have many fond memories of my days at Purdue.”

Dick, with Bernie Sergesketter, telling his story at the 2018 Sig Florida luncheon.

In a story written by Jake Allen for the Indianapolis Star, Allen noted, “For most of his life, Richard “Dick” Hall didn’t speak about being held hostage with a shotgun wired to his neck in one of Indianapolis’ most well-known crimes.  The father of four children wanted to be remembered as a good man instead of for the 63-hour long ordeal where he nearly lost his life in February 1977.”

Lisa Hendrickson, the co-author of Kiritsis and Me, stated in the article written by Allen, “I will remember him as a very thoughtful, quiet, generous, kind person, who did his best to not let this incident define him and who moved ahead with his life in a productive way. I’m very grateful I had the opportunity to get to know him.”

The complete Indianapolis Star article can be found at https://www.indystar.com/story/news/crime/2022/05/20/richard-dick-hall-taken-hostage-downtown-indy-tony-kiritsis-dies/9862969002/.