For those not able to make it back for this year’s 31st Annual Delta Delta golf outing, you missed out on a “perfect” day of golf.  The weather was incredible, sunny and warm, the golf course was in immaculate condition, and the brotherhood exceptional. The outing took place on June 18 at the Ackermann – Allen golf course at Purdue.

And the Winners Were

Once again the younger golfers demonstrated their golf prowess and the team from the Class of 2015 of Frank Speek, Paul Leffler and Jordan Eddy carded a 13 under par round for 1st place.  Also on the top of their game was the Class of 94 team of Josh Brown, Craig Witmer, Scott Cramer, and Todd Jensen who finished in second place also at 13 under.  Third place winners at 11 under were CJ Johnson, Max Long, Spencer Owen and JT Wirtz from the Class of 2016.

Senior winners from the Class of ‘77 team of Jeff Early, John Emhardt, Dave Nussmeier and John Loop turned in a round of 4 under. 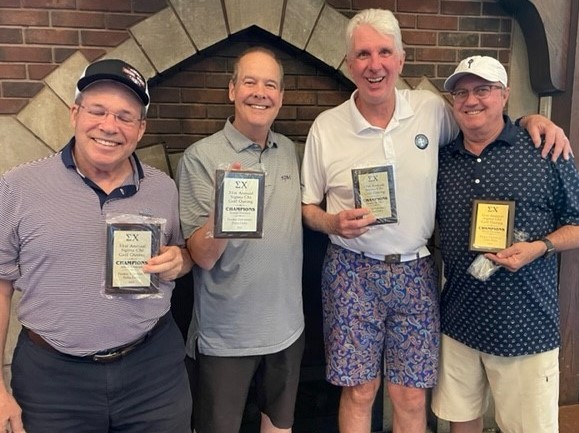 Brian Griffiths announced at dinner that Frank Speek ’15 was the title sponsor of this year’s outing after kicking in $1000.  A long list of other sponsors who helped recognize a number of brothers and classes helped offset the cost of awards and other expenses.  Their extra support was greatly appreciated. These brothers included Bob Kaley ’68, Mark Lester ’75, Class of ’77 bro’s: John Emhardt, Preston Cobb, Tom Schneider, Jim Arthur, Brian Dawson, and Phil Steele; Corby Thompson ’81, Eric Morgan, Brian Griffiths, Kevin Jacobson and Gavin Philipps, all of the Class of ’95, and Matt Vukow ’07 and DJ Moore ’09.

Thanks Brian, Guenter, Butch and Jim

Special thanks went out to Butch Brose ’09 and Jay Milligan for getting the chapter house in order for our return and hosting the dinner following the outing.  It goes without saying that all the returning golfers are very appreciative of the effort by golf outing chairman Brian Griffiths and his chief sidekick, Guenter Haines, for pulling everything together.

The date for the 2023 Delta Delta Alumni golf outing is already set. The Sig outing will return to the second Saturday of the month of June.  Mark your calendars now for June 10, 2023.  This date avoids any conflict with Father’s Day.  Plan now to return in big numbers for this great gathering of Delta Delta brothers. 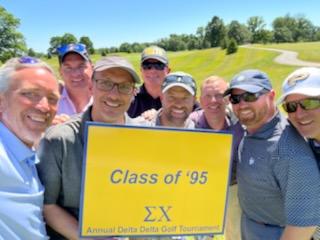 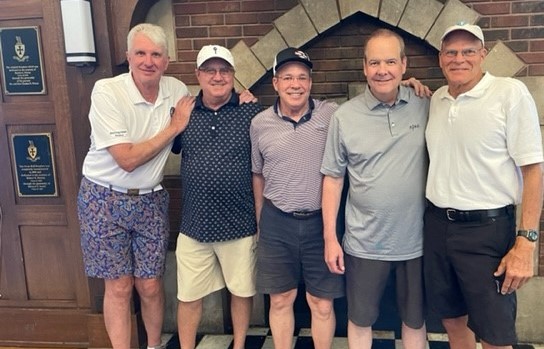