Preparing for the Journey 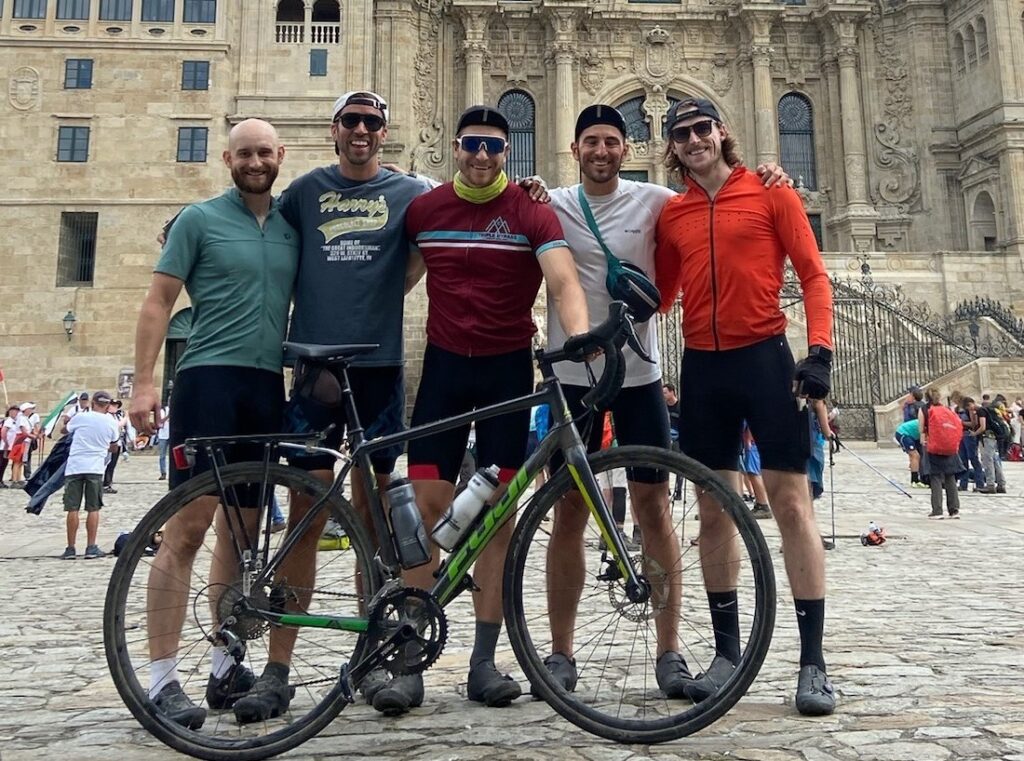 Training was a huge part of this trip. Each participant set training schedules and (mostly) stuck to them for the six months leading up to the trip. Preparing for the higher elevations and types of terrain they expected to face was a challenge.  Alex and Aaron were in Colorado for the summer and their access to training in higher elevations showed itself on the trip.  As any cycler will tell you, half the battle is making sure your butt is ready to be in the seat for days on end. They rented their bikes in Europe, but each rider brought their own seats, shoes, and clip-in pedals, which made a big difference in the comfort of their ride.

According to Greg, “We started our journey in St Jean Pied de Port, France with a grueling first day straight up the dirt paths of the Pyrenees and on to Pamplona. I could fill pages with the details of the trip, but for now I will keep it to a highlight reel. We drank wine from a fountain, tasted fresh apples from wild trees, ate nearly an entire suckling pig (a must if you are ever in Burgos), devoured tapas, shared paella, knelt in cathedrals, explored ruins, toured castles, changed tires (9 to be exact), hung laundry, played cards, made friends, and applied a little first-aid, while bouncing from Albergue (pilgrim hostel) to Albergue.”

“At times,” Greg continued, “we were pushed to the extreme of our physical capabilities, while at others we laughed harder than we thought possible. The trip was a perfect combination of adventure, physical challenge, spiritual journey, and quality time. The days took us through Logrona, Leon, Terradillos, Astorga, Fonfria, Sarria, Porto Marin, Palas de Rei, to our final destination, the cathedral of Santiago de Compostela in Galicia in northwestern Spain, where hundreds of pilgrims converge every day in an emotional wave.” 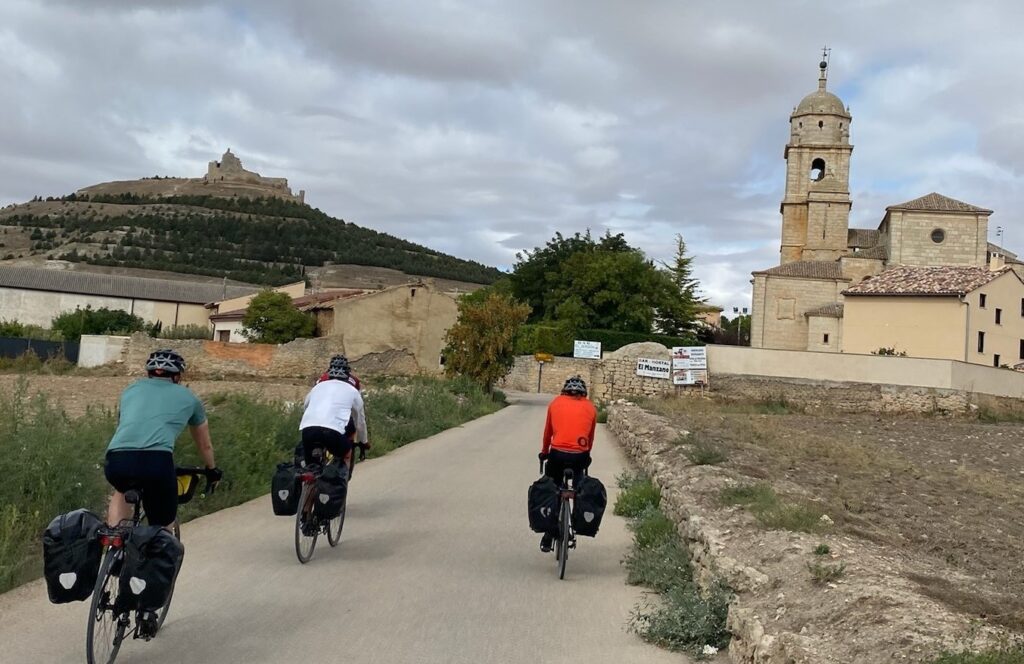 Near the end of the fifth day, at the top of a mountain, in a perfectly nondescript chapel, the four Sigs happened upon a prayer that felt very much like it was asking them if they would “carry a message”. It was a long prayer, but Greg passed along this section ….

“Although I have carried my pack from beginning to end,
And waited for every pilgrim in need of encouragement
Or given my bed to one who arrived later than I,
Given my bottle of water in exchange for nothing,

If I return home and am not able to create brotherhood
or to make happiness, peace, and unity,
I have arrived nowhere.”

Anyone interested in learning more about the Camino de Santiago (Way of St James) follow the Wikipedia link https://en.wikipedia.org/wiki/Camino_de_Santiago.