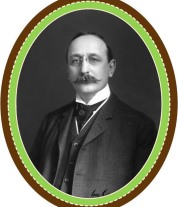 Before going west to Montana, he was Grand Praetor of the then-fourth Province in Indiana and later in Montana he served as the Grand Praetor of 17th Province. In August 1939 during the 44th Grand Chapter in Los Angeles, the Sigma Chi membership chose Scheuch to serve as 30th Grand Consul. Frederick was among the first group of Sigma Chis to be inducted into the Order of Constantine in 1948.