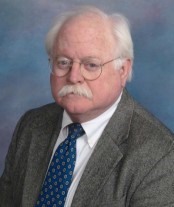 Tom served as House Corporation President for 20 years and a member of the Delta Delta House Corporation board for 30 years from 1985 to 2015.  Tom’s legal background and commitment to the chapter ensured that the undergraduates and board members worked well together in addressing ongoing changes within the chapter house. He attended multiple Grand Chapters and Leadership Training workshops.

During his tenure as Board President he led two chapter house renovation campaigns.  The first in 1988 added additional living space and made significant safety improvements including updated wiring and HVAC systems.  This was an $800,000 campaign that Tom arranged financing and alumni contributions to support.  Tom oversaw the construction efforts and was on site throughout the construction process.