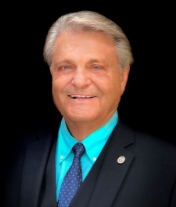 Joe McCabe is a retired airline pilot who flew for Pan American World Airways and United Airlines over a 35-year span starting in 1966. He served as captain on a dozen types of large aircraft, including the Boeing 777.

McCabe was captain of the Purdue baseball team and played in the Major Leagues from 1964 to 1965 with the Minnesota Twins and Washington Senators.  He was inducted into the Purdue Athletics Hall of Fame in 2016.

Leader on Purdue Diamond
While at Purdue Joe was a three year varsity letter winner for the baseball team.  Over the course of Joe’s 81 game career, he played in every inning as a catcher, infielder and outfielder.  Joe was team captain during his senior season and his .423 batting average that year still stands as the highest wooden-bat average in school history.  He was named first-team All-Big Ten with a .438 batting average, NCAA All-District and team MVP for the 1960 season.  For his Purdue accomplishments, Brother McCabe was inducted into Purdue’s Intercollegiate Hall of Fame in 2016.

During the off-season, Joe took flying lessons that helped land him a job in 1966 as a pilot for Pan Am Airlines.  Through his 35 year career with Pan Am and United airlines, he served as captain on 12 different types of aircraft including multiple Boeing models amassing over 30,000 flight hours with 95% of it International.  His long tenure and stellar flying record earned Joe the airline industry’s professional pilot’s Award of Merit for achievements in aviation. Joe was also instrumental in getting the mandatory retirement age for pilots raised from 60 to 65.