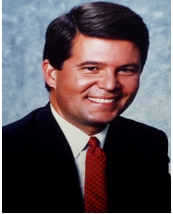 In recognition of your record of successful leadership in the fields of computer technology and robotics, demonstrated in your current position of Chief Executive Officer of Ariba Technologies following your service as Chief Operation Officer of the Rasna Corporation, a successful mechanical design automation software company. In tribute to your 10 years in various executive positions at General Motors Corporation and its General Motors Fanuc Robotics Corporation, a 180 million dollar joint venture with a Japanese firm where you served as a founding team member, general manager, and national sales manager, and became the youngest Vice President of any General Motors operating division.