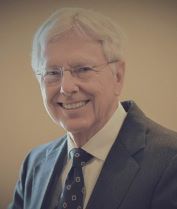 Paul’s passion for lifelong learning has earned him three doctoral degrees enabling him to make significant contributions to the fields of medicine, law, and science.  His career includes 25 years at Merck & Company and 14 years at Case Western Reserve University’s School of Medicine.

Academic Years
Paul received his BS in Biology/Chemistry in 1965 from Purdue.  He went on to receive his doctoral degree in cellular physiology from Kent State University before joining the faculty of Case Western Reserve University.  His innovative research has been funded by federal, industry and non-profit organizations.

While working on CWRU’s faculty, he received his medical degree in 1988.  Paul’s accomplishments in academic medicine include publishing 125 scientific papers, book chapters, letters to the editor and abstracts.  Paul received a highly sought after National Institutes of Health (NIH) training grant and has been funded on two NIH extramural grants.  He has also served on the NIH scientific review panel.   Brother Kuhnert was promoted to Associate Professor before leaving CWRU to join Merck & Company.

Industry Accomplishments
While at Merck, Paul held the position of Senior Director, Medical Affairs whose responsibilities included the medical and legal review of pharmaceutical advertising, writing or editing regulatory documents, and the development of pharmaceutical product circulars.  Brother Kuhnert was involved in 22 drug development programs and received three Merck Award for Excellence commendations.

Charitable Causes
Paul has made an effort to give back in many ways.  He is a frequent contributor to many charitable organizations and is an active participant in community organizations including the Cleveland Clinic Foundation, the Glassy Chapel Committee and as a member of the Board of Directors of Sandpiper Run.