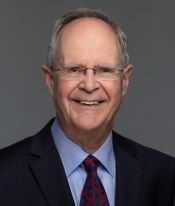 Tom Canfield ‘66 has had a long career of personal business success and supporting the development and funding of entrepreneurs in the Pittsburgh, PA area; as well as making significant contributions to the Pittsburgh community.

Career Achievements
Brother Canfield earned an electrical engineering degree from Purdue University and an MBA from the Harvard Business School.  Early in his career, while an engineer in the U. S. Public Health Service, Tom was Director of Strategic Planning for the Office of Solid Waste management in the nascent Environmental Protection Agency.

Throughout his career Tom has been an entrepreneur and a mentor to other entrepreneurs.  Prior to retiring in 2006, Tom was an investment banker, running Equity Catalysts LLC, which he founded in 1999.  Equity Catalysts matched local “angel” investors with start-up technology firms in the Pittsburgh area.

Prior to founding Equity Catalysts, Tom was president of The Enterprise Corporation of Pittsburgh.  Enterprise was a non-profit firm founded in 1983 dedicated to building successful entrepreneurial firms in Southwest Pennsylvania.  Formed as a consortium of 10 major corporations, the University of Pittsburgh, and Carnegie Mellon University, Enterprise provided hands-on business advice and links to companies to talent and sources of capital.

While at Enterprise, Tom founded the Western Pennsylvania Adventure Capital Fund and the Pittsburgh Investor Network.  From 1998 to 2001 the two organizations invested in over 25 local companies, attracting over $100 million of additional capital.

In 1985, Tom also founded the Pittsburgh Seed Fund, a $10 million private limited partnership investing in start-up companies.  Its most notable investment was in Automated Healthcare (now owned by McKesson), which employs over 1,000 in the Pittsburgh area.