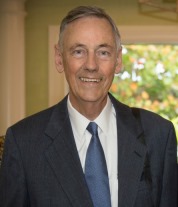 Bernie has also active in his involvement with the “Secure the Future of Delta Delta” fundraising and building campaigns to restore the Delta Delta Chapter House in 2007.  As co-chair, along with Jim Dora, Sr. ’58, he raised $7.4 million dollars, the largest ever fund raising effort by a fraternity up to this time.  Brother Sergesketter has served on the Delta Delta House Corporation for 15 years and has led the chapter’s Annual Fund to build a reserve for future chapter house repairs and maintenance.

In 2019 Bernie was recognized as a member of Sigma Chi’s Founder’s Circle and is also a Significant Sig.