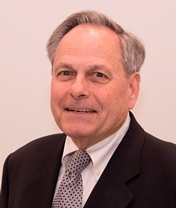 David Craig is highly regarded for his work as an athletic trainer and is well-known for his long tenure with the Indiana Pacers and USA Basketball. David has played a role in many philanthropic organizations and is an advisory board member of the Dropping Dimes Foundation, which benefits American Basketball Association players in need of financial or medical assistance.

For 38 years David Craig ‘69 built a remarkable career working in the NBA’s Indiana Pacers organization as Head Athletic Trainer, Team Administrator and Assistant to the President.  In semi-retirement David continues to do consulting work for athletic staffs around the country.  He has maintained his license to practice in the state of Indiana and is certified by the national Board of Certification that credentials athletic trainers.

Multiple Honors
Brother Craig was inducted into the National Athletic Trainer’s Association Hall of Fame in 2016.  He has also been honored with the Purdue University Health & Human Sciences Distinguished Service Award, received the “Doc” Counsilman Science Award for USA Basketball, and selected for the state of Indiana’s highest service award, the Sagamore of the Wabash.

Olympic Sports
Along with David’s work in the NBA, he has also been the U.S. Men’s Basketball Team Head Athletic Trainer during the 2004 Olympics held in Athens, Greece.   He has also served as an athletic trainer for USA Basketball’s U17 and U16 teams.  Over the past 35 years David has been a volunteer athletic trainer for USA basketball, track & field, gymnastics and football.