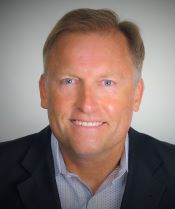 David Omholt has been a leader in the Franchising industry, as well as a major contributor of his time to Purdue University and multiple charitable and community organizations.

Professional Accomplishments
After a 10-year run with Andersen Consulting (now Accenture), David founded The Entrepreneur Authority (TEA), a leading full-service franchise consulting firm with a national network of offices, from New England to Hawaii, that provide franchise consulting services. It is the only franchise brokerage to ever receive the Chairman’s Award from the American Association of Franchisees and Dealers.  David was one of the first franchise brokers to ever receive the Certified Franchise Executive (CFE) designation, which is the highest accreditation one can earn in that industry.

TEA represents over 1000 franchise companies and assists buyers in navigating the process of building their own business.  Representing franchisors in over 70 different industry segments, TEA supports individuals ready to invest in themselves.  They also consult with companies looking to franchise their business model.  In fact, a number of his clients have appeared on Shark Tank!

Since founding TEA in 2002, David has consulted and/or brokered for major franchise brands such as AAMCO, Charles Schwab, Checkers, Denny’s, Interstate Batteries, Potbelly’s and Sport Clips, as well as hundreds of others in every imaginable industry segment in the US, Canada, and Mexico.

David was a contributing author to Achieving Quality Performance, a book which outlines how improved teamwork, innovation, and quality lead to overall enhanced business performance. David has been quoted on franchising trends in many local and national publications including the Wall Street Journal, Franchise Times & Financial Times. He has been a guest lecturer at Duke, Notre Dame, Purdue, University of Dallas, University of North Texas & UTEP and has appeared on several radio shows and podcasts over the years.

He co-led research on the Franchise industry in conjunction with the University of North Texas, where he has sponsored UNT’s David E. Omholt Entrepreneurship Scholarship for aspiring entrepreneurship majors.

Community and Charitable Involvement
David was selected for Purdue University’s Old Masters Program in 2015 and has also volunteered his time as an Executive in Residence at Purdue (2018) and as a Board Member of the College of Liberal Arts Dean’s Advisory Council since 2010.  David also participates in the Purdue Baseball Leadership Council.  As a former captain of Purdue’s baseball team, “Ommy” as he is nicknamed, often speaks to the current baseball team on his Purdue experience.  Notably, the Purdue home team dugout bears his name.

David served as a Board Member for Honor Courage Commitment, Inc. 2011 – 2018, a nonprofit organization that trains military veterans to become successful entrepreneurs who are committed to social responsibility.

David also served as a Board Member for McKinney Education Foundation, 2008 – 2012 where he was President for this non-profit education foundation.  He has also participated in multiple humanitarian mission trips to Mexico, El Salvador, Honduras and Nicaragua.

David is currently the Chair of his church’s Leadership Board.

Recognition
For Dave’s continued investment in his industry, alma mater, and community he has been recognized in numerous ways.