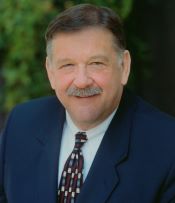 James H. Lopeman ’63 has been recognized as a Significant Sig for his contributions and leadership to the independent oil refiners of our country during his four decades in this industry.

Jim built his career around working for and with small independent refineries as they competed against the oil industry giants. Throughout the ‘70’s and ‘80’s, independent oil refineries were supplying 20% of America’s energy needs and were considered a strategic lever aimed at keeping larger oil companies in check.

Jim held a series of leadership positions with different west coast oil refineries including Sound Refining, Fletcher Oil and Refining, Newhall Refining, Golden West Refining, Macmillan Ring-Free Oil and Pacific Refining Company.  During his tenure at each depending on the industry challenges at the time, he steered them through the oil crisis of the 1970’s to a period of economic transition in the 1990’s.  One was the Macmillan Ring-Free Oil Company where he succeeded Significant Sig John Shaheen (KK-Illinois, 1940) as CEO. In this role Jim oversaw wide-ranging corporate interests, including refineries in California and Arkansas, crude oil production in Arkansas, oil exploration efforts in the North Sea, and extraction operation in the Athabasca region of Alberta, and radio stations in New Orleans and Syracuse, N.Y.

Taking a Different Leadership Role
In the 1990’s, Jim shifted gears to become a leader in the process of safely dismantling and repurposing facilities and properties that were no longer competitive and could meet increasingly tough environmental standards.   Over the course of ten years, Jim over saw the transformation of the Pacific Refinery in Hercules, CA, near San Francisco, from an environmental challenge into an award-winning residential neighborhood on the shores of San Pablo Bay.

At the time, this was the largest industrial-to-residential conversion project completed in this country.  It also established an environmental success story for others to follow. His public service in the Bay Area alone has been recognized by citations and commendations from The City of Hercules, The City of Rodeo, Contra Costa County Board of Supervisors, the California State Senate as well as community service organizations.

Other Community Contributions
In other community efforts Brother Lopeman was a founder and led the Christmas Coalition, an ad-hoc organization that coordinated holiday food and toy distribution to numerous local organizations in Hercules and several neighboring communities. For his efforts, the California Senate honored him with their “Special Recognition Award” for 2000.

Jim has also taken part in “Read Across America” and “Junior Achievement”.  When Jim learned Hercules was the largest community in the Bay Area without a public library, he chaired the fund-raising effort and oversaw the construction of a new library in Hercules that opened in 2006.

Perhaps one of Jim’s most appreciated contributions was his creation of a video of that captured the years and brotherhood of his fellow Sigs from the classes of 1962, ‘63, and ‘64.  This montage of still photos, and snippets of ancient film, are cleverly woven together with references to our chapter house and our Sigma Chi values.   This prized contribution can be viewed at:  The Quest Delta Delta ’63 and ’62 – YouTube.