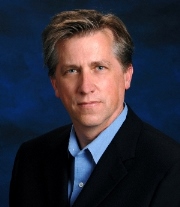 In recognition of his role as chief customer officer of DocuSign Inc. in San Francisco, CA.  In tribute to his role as managing director of 3 Points Partners, a CEO advisory service from January 2010 to April 2011.  He also served as founder, president and CEO of Microposite Inc. from 2005 to 2009, until it was bought by James Hardie.

In commendation of the four companies he and his wife have that focus on providing facilities and care to adults and families suffering from Alzheimer’s disease.  In 2014 Carlson was honored with the Alzheimer’s Association Philanthropist Award.

Remarkable Track Record of Accomplishment
Marc has been a key component and active leader in the amazing success of some of our country’s most innovative companies. His outwardly engaging personality and sincere concern for others has led to Marc’s remarkable track record of accomplishment.

Marc has held senior level management positions over his career at GMF Robotics (a division of General Motors), Rasna Corp., Ariba, Microposite Corp., and currently at DocuSign. Each of these companies has developed new products that have greatly impacted their industries and led to significant opportunities for their employees and stock holders.

When Marc joined DocuSign in 2011 the company had 150 employees and a market value of $50M. As Chief Customer Officer, Marc has been instrumental in growing this business to 250,000 business customers and 100M users. DocuSign today has 2,150employees and a market value of over $3 billion. Marc was on the team at Ariba in 1996 when it began with just seven employees. Ariba became the fastest growing software company in history with an eventual market cap of $36 billion.

Brother Carlson’s philanthropic efforts include serving on the University of California, Irvine MIND Institutes Board of Advisors which supports Alzheimer’s and Parkinson’s disease research. He has helped raise close to $1M in support of this organization. Over the past eight years Marc has led approximately 400 Orange County High School students on a 10 day mission trip to Piura, Peru where they have built over 100 homes and a K-12 school.