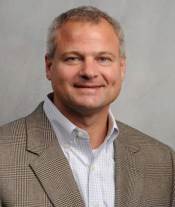 In recognition of your remarkable business career as vice president of supply for Anheuser-Busch in St. Louis where you are responsible for all North American manufacturing and corporate staff functions; and of your experience as a fifth-generation brewmaster from Budapest, Hungary, having begun your career in Germany as an apprentice and soon after, moving to Anheuser-Busch in 1996 to eventually be named brewmaster of St. Louis.

And in tribute to your notable civic involvement, including your service on the Chemical Engineering Industrial Advisory Council in 1998 and your role as past chairman of the American Malting Barley Association.