A Reunion Not to be Overlooked 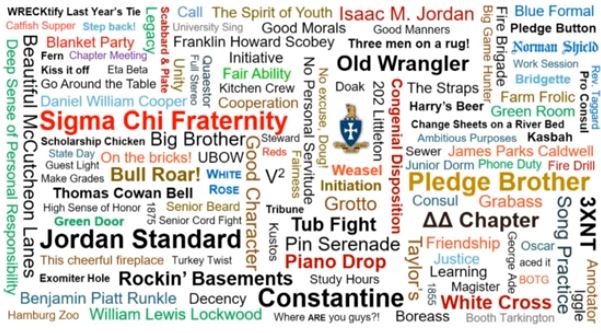 This montage created by the Jim Lopeman ’63 represents a lesson in Delta Delta lore, not only of the early 1960’s, but of all our Sigma Chi experiences. Look it over closely, you’ll be amazed at all the memories that are included.

With all the comings and goings at Homecoming last year somehow the Class of ‘63’s 55th reunion went under the radar.  So although this event occurred four months ago, we do not want it to go unrecorded and the efforts of those brothers of this class who returned to 202 Littleton to go unrecognized.

Friday evening everyone gathered for dinner at McGraw’s Steak, Chop & Fish House (formerly Stiney’s Tavern on South River Road), where fried catfish is still a menu favorite.  Brothers Lopeman, Vahle and Wilton attended the House Corporation meeting on Saturday morning and enjoyed getting an update on the chapter’s and House Corp’s activities.  Of particular merit was the impact of this group’s attendance upon the 0 – 3 Boilermakers as they responded to our visit with an overwhelming victory over the 23rd ranked Boston College Eagles.

Our banquet on Saturday evening took place at the Commandant’s Residence at the Indiana Veterans’ Home – a short drive from the Lodge on North River Road.  After a nice cocktail reception, we dined in a configuration that, had a pledge been asked to “go around the table,” would have proved daunting indeed.  Everyone enjoyed a poignant and uplifting phone link with our dear brother, Dick Stall ’63, who has since joined the Chapter Eternal, yielding finally after a long battle with melanoma. 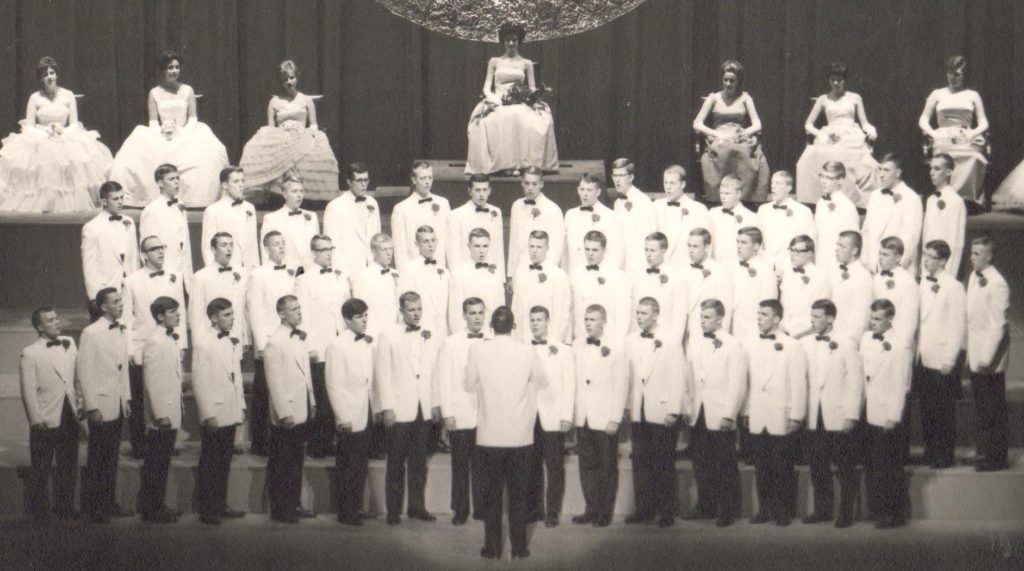 A great feature of the evening was a video presentation produced by Jim Lopeman.  It was remarkable in the amount of material the video covered from back in the early ‘60s including 8mm film of Grand Prix, on campus footage, and Bowling on the Green and other activities around the house.

To view the video go to The Quest Continues.

Brother Wilton noted, “The enduring bonds of friendship and love were palpable throughout our time together.  We all consider the relationships formed at 202 Littleton to be among the most ennobling and uplifting we have experienced, hoping that today’s active members will receive these same blessings.”

To these brothers who have worn our Fraternity’s badge with honor for over 55 years, we are very thankful for the rich legacy of brotherhood your class has left Delta Delta.  A class that will always be very hard to overlook.

One Response to “A Reunion Not to be Overlooked”

Just finished watching the Class of ’63 video with my wife of 54 years,
Cindy Perkins Gentry (Chi Omega) and we both loved it. Great job putting it all together
goes out to Jim Lopeman! Cindy and I are so proud that we have a grandson,
Drew Richard Greene, who is a Delta Delta Sig and a senior this year. Drew has
loved being a Sig beyond my fondest dreams and it is an honor to call my grandson
“my brother”!
Dick and Cindy Gentry