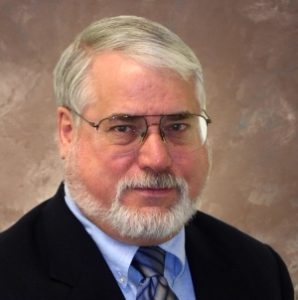 Robert G. Kaley, II, ’68, is the former Director of Environmental Affairs for the former Monsanto Company, St. Louis, MO, and is a nationally recognized expert in the manufacture and use, toxicology, epidemiology, and environmental effects of certain industrial chemicals.

For his many contributions to his industry and local communities, Bob has been selected for Sigma Chi’s highest professional honor, Significant Sig.

Bob Kaley graduated from Purdue in 1968 with a Bachelor of Science Degree in Chemistry with Distinction and served as both Delta Delta’s Quaestor and Consul as an undergraduate. He and pledge brother Jim Chapin also reinvigorated the Delta Delta Data.  He earned a Master’s Degree in 1971 and a Ph.D. in 1974 in Analytical Chemistry, both from the University of Illinois prior to joining the research division of the Monsanto Chemical Company.

Brother Kaley is widely recognized as an authority on the widely publicized family of environmental chemicals known as PCBs.  Much of his early work involved developing increasingly advanced analytical methodology for measurement of those and other chemicals at decreasingly low levels, helping to improve environmental safety standards.

Every year Bob and his wife, Julie, host a “shrimp boil” paid for and prepared by the two of them for the one hundred or so counselors of Camp Rainbow, a charity benefitting children with cancer and blood disorders in St. Louis.  Brother Kaley has been involved in many St. Louis area charitable organizations and has given financial support to the Missouri Botanical Gardens (St. Louis); the St. Louis Zoo, Marlin Perkins Society; St. Louis Crisis Nursery; and the St. Louis Art Museum.

Bob Kaley received the professional honor of being selected Chairman of the PCB Chemstar Panel, American Chemistry Council, Arlington, VA, where he served from 1995 to 2006.

Bob and his wife, Julie, reside in St. Louis.  Bob is an avid collector of the works of wildlife artist Charlie Harper of Cincinnati (now deceased).  He also enjoys bird photography and travel with Julie.