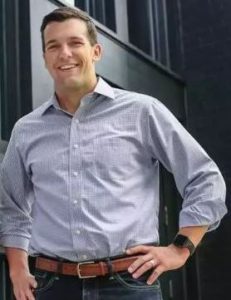 Luke Marklin ’07 returned to Purdue as a guest of the Purdue Alumni Association and School of Engineering.  While on campus Luke and his family, wife, Tara, and their two boys, ventured over to Delta Delta to have dinner on Sunday, September 29, and then Luke spoke to a gathering of the brothers.

Consul Wes Middleton commented, “We were honored to host Luke and his family, his words of advice were inspiring and it was great to hear some of his favorite stories from 202 Littleton. The opportunity to connect with Luke was an invaluable experience and we can’t thank him enough for his time. It just goes to remind us again why Delta Delta is truly such a special place.”

Luke Marklin is a 2007 graduate of Purdue’s Construction Engineering and Management program. After earning his bachelor’s degree, he worked as a project manager for Barton Malow, a commercial construction company. Wanting to round out his engineering background with a set of strategic and financial tools, Luke left Barton Malow to attend Harvard Business School.

After earning his MBA, Luke worked as a corporate strategic planner for Emerson before moving to Uber as the General Manager of the Southeast markets. He became the CEO of Bellhops in 2017 as the company transitioned out of its startup phase.  Bellhops is a company that has taken an innovative approach to the traditional moving company. 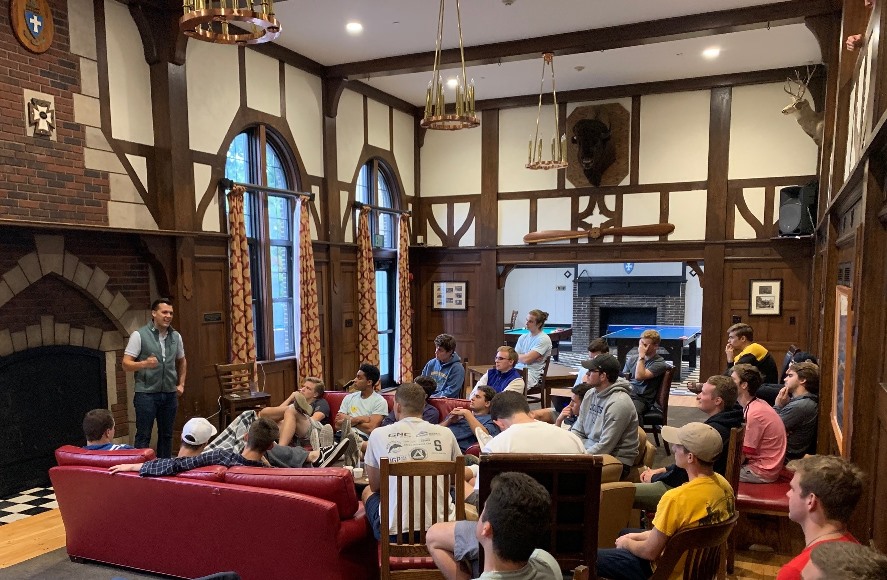 Brothers gather in the Great Hall to interact with Luke Marklin ’07.

An Act of Kindness

Brother Marklin received some notoriety a little over a year ago when he learned a new employee, whose car had broken down, had walked 20 miles to be at work on time.  Luke met the young man to thank him and ended up giving the employee his car.  The story went viral and Luke received a little more recognition than he expected.  For the full story go to Luke’s Big Thank You.

We want to thank Brother Marklin for visiting the chapter and sharing his experiences and insight with us.