The annual SW Florida Delta Delta luncheon was held on February 14th at the Club at the Strand in Naples, FL. Bernie Sergesketter ‘58, who makes the arrangements for the luncheon each year stated, “We had a terrific luncheon. We had 32 brothers and Sweethearts in attendance and we got to hear Steve Schmidt ‘76 give an outstanding talk.” 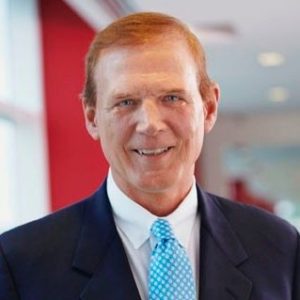 Steve, who is the former CEO of AC Nielsen and former president of Office Depot’s Business and International divisions, spoke about his career and some of the challenges he faced.  In his earlier days at Delta Delta, Steve was Purdue’s placekicker and backup quarterback.  In one memorable game in 1974 Steve kicked four extra points and a 47 yard field goal as Purdue upset #2 ranked Notre Dame 31-20 at Notre Dame.

Steve provided a look back at his Delta Delta and Purdue football playing days, as well as his thoughts on leadership for small and large organizations.  Bernie did a nice job of putting together this video that can be viewed at Leadership, Football and Sigma Chi.

“Brother Morgan’s club was an excellent location with outstanding amenities that provided the perfect location for Brother Bernie’s well run event. I  really enjoyed meeting a handful of SW FL brothers and their wives while re-connecting with my class of ’95 pledge brothers,” remarked Jeff Holbrook ’95.

Eric Morgan ’95, who is one of the owners of the Club at the Stand, arranged for golf for those brothers who were interested and generously donated the proceeds of the luncheon to Delta Delta’s Future Fund. 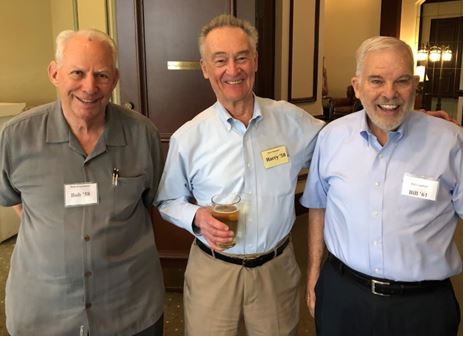 Eric noted, “It was great opportunity to receive some shared wisdom from Brother Schmidt and his experiences at AC Neilsen/Office Depot as well as hear about some of his experiences playing football for Purdue.  I know I can speak for everyone that we all enjoyed attending the luncheon and plan to do so again next year.”

Sigs and Sweethearts In Attendance