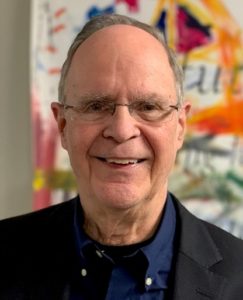 Tom Canfield ‘66 has had a long career of personal business success and supporting the development and funding of entrepreneurs in the Pittsburgh, PA area. He has also made significant contributions to the Pittsburgh community.

Tom reflected, “Wow, this is quite an honor and an unexpected one. This honor, of course, brings back great memories of Purdue and my Delta Delta brothers, all terrific and accomplished.

I basically went to Purdue because my brother, Bill, went to Purdue, and I knew I wanted to get a degree in engineering. I think Delta Delta picked me because my older brother was a terrific, fun guy (and, later, a Significant Sig). I lucked out.

I have great memories of Delta Delta, especially with my fellow Significant Sig, Joe Kelly. I will always remember the pride we took as co-rush chairmen in recruiting the pledge class of 1968. I think that class has more honorees – Significant Sigs and Order of Constantine – than any other Sigma Chi class in the US.

Truthfully, I never thought that what I was doing in my career would reach the level of accomplishment that I associate with Significant Sig. I just always seemed to have a fun job that unfolded into a series of projects and rewarding accomplishments – one after the other. My start was that first big project at age 20 as rush chairman at Delta Delta.

I think we inherit most of the values that make up who we are from our parents. The values we have as children are reinforced and shaped by our peers. The values of Sigma Chi and of the brothers at Delta Delta shaped me. I’m proud of the way I’ve been able to live my life and thankful to be a Delta Delta Sigma Chi and now a Significant Sig.”

Brother Canfield earned an electrical engineering degree from Purdue University and an MBA from the Harvard Business School.  Early in his career, while an engineer in the U. S. Public Health Service, Tom was Director of Strategic Planning for the Office of Solid Waste management in the nascent Environmental Protection Agency.

Throughout his career Tom has been an entrepreneur and a mentor to other entrepreneurs.  Prior to retiring in 2006, Tom was an investment banker, running Equity Catalysts LLC, which he founded in 1999.  Equity Catalysts matched local “angel” investors with start-up technology firms in the Pittsburgh area.

Prior to founding Equity Catalysts, Tom was president of The Enterprise Corporation of Pittsburgh.  Enterprise was a non-profit firm founded in 1983 dedicated to building successful entrepreneurial firms in Southwest Pennsylvania.  Formed as a consortium of 10 major corporations, the University of Pittsburgh, and Carnegie Mellon University, Enterprise provided hands-on business advice and links to companies to talent and sources of capital.

While at Enterprise, Tom founded the Western Pennsylvania Adventure Capital Fund and the Pittsburgh Investor Network.  From 1998 to 2001 the two organizations invested in over 25 local companies, attracting over $100 million of additional capital.

In 1985, Tom also founded the Pittsburgh Seed Fund, a $10 million private limited partnership investing in start-up companies.  Its most notable investment was in Automated Healthcare (now owned by McKesson), which employs over 1,000 in the Pittsburgh area.

For over 20 years, Tom was an adjunct professor at the Tepper School of Business at Carnegie Mellon, teaching a course in small business management and entrepreneurship.  He also taught a course in entrepreneurship to graduate students at a university in Santiago, Chile.

Most recently Brother Canfield has authored the book Nest Egg Care – Find Your Safe Spending Rate to Maximize the Joys of Retirement, which guides retirees through choosing a safe spending rate, determining how to invest, and spending accordingly.  The book marries calculations that predict year-by-year portfolio performance based on historical returns with life expectancy charts.  In addition to the book, Tom’s blog and key excerpts are available on a companion website, www.nesteggcare.com.

Brother Canfield was instrumental in introducing and developing the Stop Now and PlanTM (SNAP) program in Pittsburgh.  The program teaches boys and girls to think before they act and develops anger management and coping skills to minimize juvenile offenses. 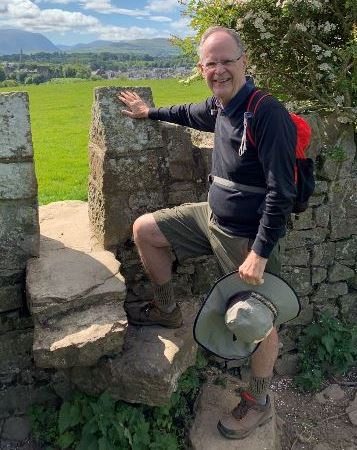 Tom has also been part of Social Venture Partners Pittsburgh since its launch and is a founder of NurturePA, Inc., which supports new parents by creating meaningful relationships between volunteer mentors and parents to promote infant emotional development and early literacy.  He also was on the board of Propel Schools and served as chairman of the finance committee for over 10 years. He has worked on projects with Every Child, Inc., A Child’s Place at Mercy, and extensively with Pre-K centers in disadvantaged neighborhoods to help improve their financial performance through more efficient use of their resources.

Bob Kaley ’68 stated, “Tom was our Magister, and he and Significant Sig Joe Kelly (deceased) were our rush chairmen.  Not to brag, but we think they did a pretty good job!”  Don Bowers ’68 summed up Tom’s impact on his brothers while at 202 Littleton, “It is a testament to Tom’s sincerity and conscientiousness that he laughed best among many, engaged in almost every activity, left everything better than when he found it, while never humiliating himself or another brother.  All honor to his name!”