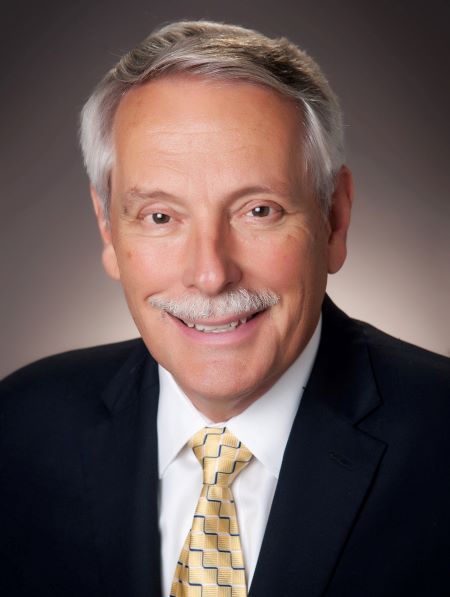 Harold Force ’73 is the latest member of Delta Delta to be selected for Sigma Chi’s highest honor, the Order of Constantine.  Brothers chosen for this recognition have contributed their time and leadership to Sigma Chi Fraternity or individual chapters.

To His Delight and Surprise

Harold reflected, “My deep interest in our fraternity is the product of many factors, and to my delight and surprise, the interest and involvement has grown and deepened over the years.  My pledge class was an incredible group of diverse talents, unique personalities, and strong intellects.  The process of coalescing as a pledge class was dynamic, competitive, and surprising in many ways.  We were nothing if not a special set of mixed nuts, truly representative of the “different temperaments, talents, and convictions” as espoused by our fraternity.  Initially pulled together by friendships, pledge duties, social interaction, and the academic rigors of Purdue, we continued to grow together after initiation.  Our pledge class theme was “Unity, unity, unity”, and we reflect on this even now.

Harold’s love for Delta Delta and the chapter house has been evident since his graduation in 1973.  He has stayed involved through his active participation in Delta Delta’s House Corporation and reunion events.  In 2003 he took the lead role in managing all aspects of the construction project for the renovation of the chapter house.  This four-year endeavor of working through architectural design, building codes, contractor selection, and project management led to the successful completion of this $7.4 million undertaking. 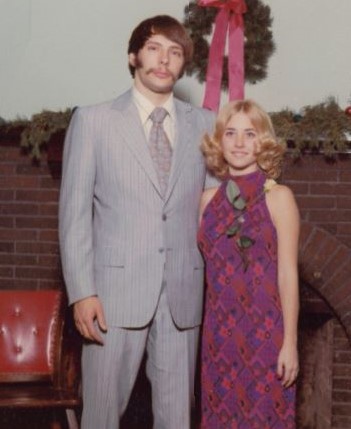 Harold and his future bride, Deb, at the 1972 Blue Formal. Harold notes it reminds him of how long Sigma Chi has been a part of their lives.

The undergraduates returned to the fully renovated and restored chapter house in 2007.  At this time Harold was asked to head the House Corporation.  As President he expanded the number of board members and put in place a more formal committee structure to address the additional needs of the updated chapter house.  He was also integral to the establishment of the Future Fund which has provided needed capital for major maintenance projects at 202 Littleton. Harold served as President until 2010.

Following the renovation Harold stated, “There is no doubt that our fabled chapter house at 202 Littleton was a central part of our class’s affection for Sigma Chi.  Despite its well-worn condition when we pledged, we took pride in showing it to our families, girlfriends, and others.  I knew in the early 70s that a comprehensive reconstruction of the House would be needed, but it took nearly 40 years for that to happen.  And when it did, it gave all of us an opportunity to reboot the greatest chapter house in fraternity history and give it a luster seldom seen in the fraternity world.  That rebooting effort involved more time, effort, and treasure than I could have imagined in 1972, but it was wholly worthwhile for everyone involved.  It gave our class, and I would say all of our alumni, an opportunity to rekindle their affection for Sigma Chi and our Purdue legacy.”

Next Up … the Grand Prix Garage

“Without question, Harold states, “my pledge class has been the most important and highly-treasured part of my Sigma Chi experience”.

Harold’s latest project was to work with his pledge brothers to raise the money to install new sconce lights in the Great Hall.  Harold stated that his class felt the Great Hall needed new lights to replace the old ones that could no longer be repaired and had been removed.

Harold’s love for Sigma Chi and Delta Delta is extraordinary.  From the day of his initiation, he has served the chapter whenever asked, and wherever he saw a need.  Mark Sand ’73 remarked, “Harold’s unselfish and highly effective service to our Fraternity has demonstrated all that is good and honorable about Sigma Chi.”

Brother Force has been honored as a Significant Sig in 2006, awarded a Grand Consul Citation in 2007, and has taken part as a Distinguished Alumnus at the Krach TLW.  Harold is Chairman and CEO of Force Construction Co., Inc., located in Columbus, IN. 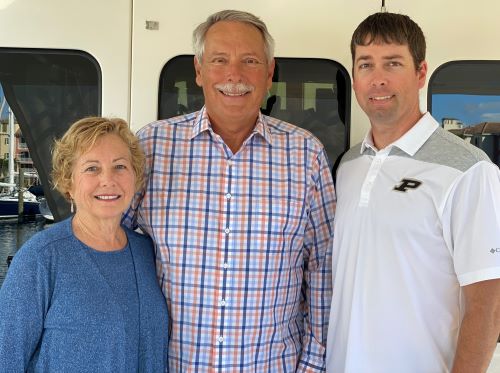 Harold with his Sweetheart, Deb, and son, Clayton ’02, states “they have both been a very important part of my Sigma Chi experience.”

Harold will be presented his award at a future event held at the chapter house.