In the late spring Purdue allowed two intramural activities to take place.  One was soccer, the other a golf tournament.  In both team competitions the Sigs were able to take home the championship trophies.

Delta Delta’s intramural soccer team collected its second championship in a row after completing an undefeated season. They beat Delta Sigma Phi 2-0 in the championship contest. Lead by goalie Dawson Odle ‘23 and captain Ryan Marchand ‘23 the team had another great season. 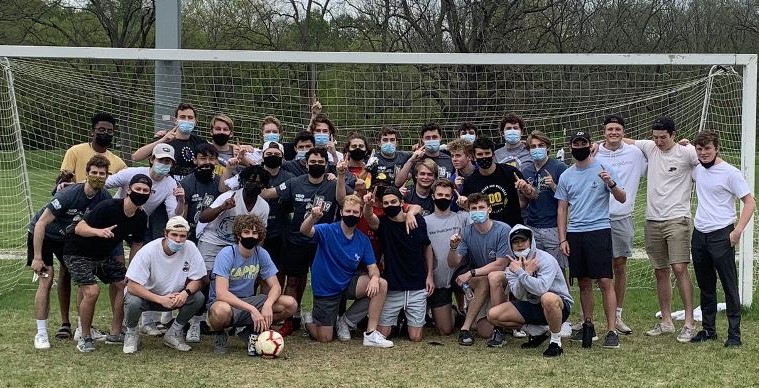 Four different Delta Delta teams of took part in the intramural 4-man scramble held on Purdue’s Kampen golf course. The Sigs #1 team, comprised of Sam Spears ‘23, Eli Hedrick ’22, Wes Dulin ‘23 and Jaden McCain ’24 shot a round of 15 under par to card a 57 and win the event by 3 shots.

Sam Spears ’23 remarked following his team’s impressive showing, “It was nice to get out of the house and take part in intramural sports again. Everyone was excited and put together some strong efforts to bring home a couple of first place finishes. We are looking forward to having all the intramural sports back next Fall.”